Having already exposed Professor Trish Greenhalgh as providing misinformation on national TV, I reached out to her suggesting that an apology be issued given the seriousness of the matter. Instead of apologising she doubled-down behind more false claims. 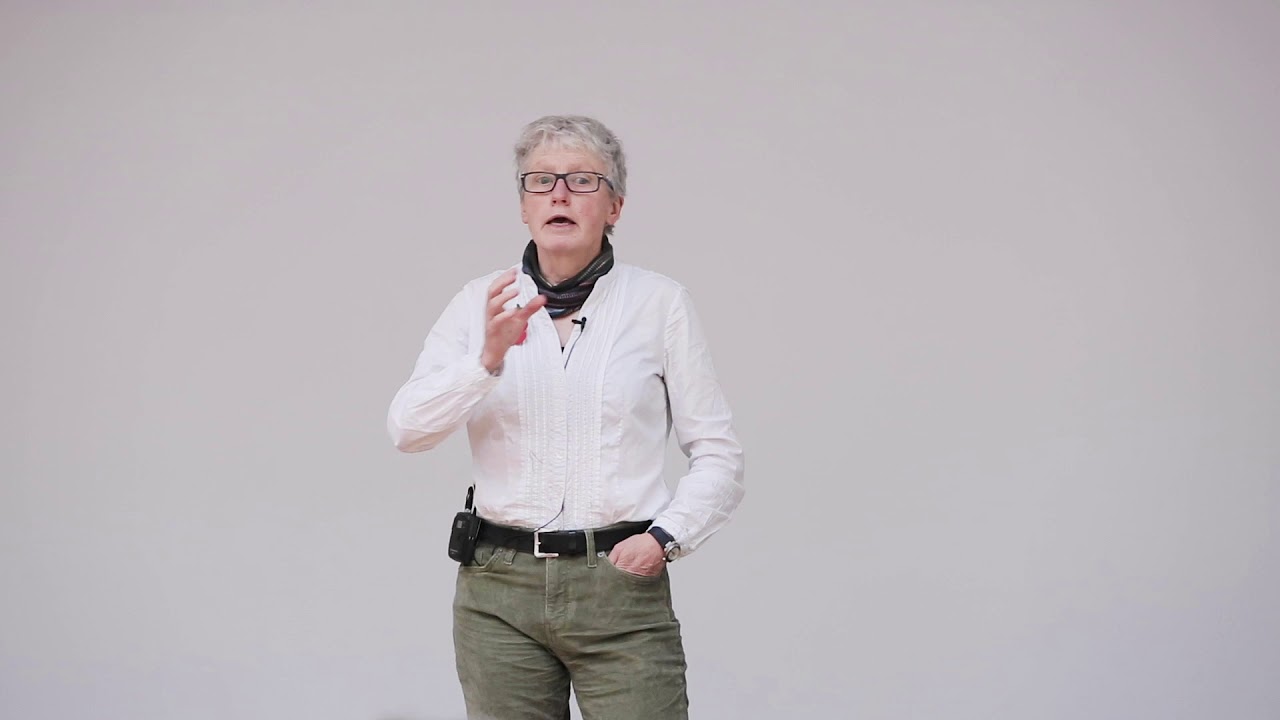 Last week I highlighted how Professor Trish Greenhalgh misinformed the British public live on Good Morning Britain. In the interview with Piers Morgan and Susanna Reid, she claimed that “40% of Covid cases happen by catching it from people who have no symptoms.” Being familiar with several mentions of the 40% claim around Covid transmissions (WHO, CDC, and several papers) and also being aware of the context the value was used in each, I was sure that Professor Greenhalgh had misinterpreted the science but I first needed to seek the evidence she was referring to before proceeding. I was indeed correct. In an email exchange, it would be uncovered that Trish had incorrectly interpreted the science and in her ignorance misinformed the British public.

I emailed the Professor a few days later, suggesting that in the interests of the truth and science that she issue a retraction of her claim and an apology. As of the time of writing this article, Trish has neither responded to my email nor issued a retraction, or one that I can, I find online.

However, a colleague of mine sent me the below links to tweets that she posted yesterday in which she again misinterprets and misrepresents the science. Thus further entrenching herself into a no-win position that serves to suggest her aim isn’t to get to the truth, as I previously believed, but rather she aims to be right, even if she’s wrong.

This tweet was posted at 5:40 pm on 7th March, hours after I sent the aforementioned email. One could be forgiven for presuming it was a response to the email by way of clouding the matter in emotionality and ignorance to distract from the fact she misinformed the British public at the time of her original claim.

Firstly, Trish did not ‘suggest’ “that 40% of Covid-19 cases caught from the virus from someone who was asymptomatic at the time.” She stated that claim as fact!

And the CDC did not say “it was 50%” but rather that was an ‘estimate’ based upon “a fairly simple mathematical model“. This is another example of the professor’s inability to comprehend the work she cites. As stated elsewhere, it would seem that her priority is to appear right rather than to be right.

What I find both alarming and unforgiving is how Professor Greenhalgh continually misrepresents the papers she uses to base her conclusions on.

The provided paper does not conclude that “59% of Covid19 cases are caught from people who have no symptoms at the time” in the same way that the previous paper she cited doesn’t claim that “40% of Covid cases happen by catching it from people who have no symptoms.” I find her intransigence unacceptable for someone who presents themselves as both an expert and a professional.

The paper she cites is modelling in which the authors concluded:

More on this below.

A comment would be left under my previous exposé of Professor Greenhalgh, from a person by the name of “Lazarus Long” claiming that in fact, it was me who was wrong and not Trish as the CDC claimed spread from asymptomatic was actually greater than 50%.

I believe the person in question is @LazarusLong13, a follower and big supporter of the Professor’s.

Further poking around I would find evidence of the same person pushing the same claim that he left on under my article.

Lazarus, like Trish before him, clearly misunderstood what the CDC were saying and the papers underpinning their comments, as I pointed out to him.

Firstly I can only assume that you didn’t read the article in full or if you did you didn’t do so thoroughly. The data that Trish supplied, that she felt underpinned her claim, didn’t. It contradicted it. What went wrong was her understanding of the data. Secondly, the CDC “Brief” points to “estimated modelling” that, according to Michael A.Johansson, et al; “used a simplistic model to represent a complex phenomenon” and to Seyed M. Moghadas et al, “we calibrated the model to a reproduction number R0 = 2.5 in the absence of control measures”. Calibration of R0 to 2.5 is guesswork but to support their “modelling” they pointed to a paper by Li Q et al; “Our study suffers from the usual limitations of initial investigations of infections with an emerging novel pathogen, particularly during the earliest phase, when little is known about any aspect of the outbreak and there is a lack of diagnostic reagents.”

I appreciate your appetite to challenge my conclusions and indeed, I welcome such an appetite. However, it’s important to read underpinning data of such theorising, but more than read it, it’s vital to understand it. This is where Professor Greenhalgh faltered too.

Modelling is only as good as the data fed into the model. See Neil Ferguson’s fraudulent models that began western lockdown culture for more information.

Giving the timing it seems possible that in Lazarus’ ignorance he reached out to Greenhalgh, who in a rush to get out of the hole she dug for herself, grabbed hold of his interpretation hoping it would save her. When in fact, it would leave deeper in the hole than she originally was.

Masks are primarily intended to reduce the emission of virus-laden droplets (“source control”), which is especially relevant for asymptomatic or presymptomatic infected wearers who feel well and may be unaware of their infectiousness to others, and who are estimated to account for more than 50% of transmissions.1,2 (emphasis added)

The study the Professor is referencing is outlined below.

Right off that bat, it must be stressed that this study is based upon “a fairly simple mathematical model” as admitted by its co-author. It reaches its conclusions by varying two basic values, which are peak infectious times and transmission rates.

Any minor adjustment to either values gives gives a dramatic differing result, for example:

By simply bringing forward the day infections peaked (Day 4) the result would be a estimation of 67% of the asymptomatic spread. Change that to Day 6 and it reduced to 51%. As with all models, the data out is only as good as the data in. As such the simplicity of this model when dealing with complex variability was noted as a limitation.

To approximate a distribution of the infectious period, we made a baseline assumption that peak infectiousness occurs on average at the same time as the median incubation period.

The sum total is obtained by adding the “Presymptomatic” and “Never Symptomatic” together.

First, we used a simplistic model to represent a complex phenomenon, ie, the average infectiousness of SARS-CoV-2 infections over time.

With all that in mind, it is useful to again remind ourselves that the CDC referred to the study as an estimate. It is Professor Trish Heneghan who, again, misrepresents the data and conclusions reached.

The finding of the modelling she points to concludes:

“Under baseline assumptions, approximately 59% of all transmission came from asymptomatic transmission”

Professor Greenhalgh then suspiciously dropped the important qualifiers to have that read:

As of the time of writing this article the official position of the World Health Organisation on asymptomatic transmission is this:

While someone who never develops symptoms can pass the virus to others, it is still not clear how frequently this occurs and more research is needed in this area.

To balance this report out it is important to draw attention to probably the largest study carried out looking at asymptomatic spread which is from Wuhan, China, dated 20 November 2020 and published in Nature.

In this peer-reviewed study, almost 10 million people were screened with the authors concluding:

Below is a brief breakdown of the results of that study. I would urge you all to read it for a better understanding of the bullet points.

The above research is big, detailed and yet the authors present it in an easy-to-follow manner noting as a limitation the possibility of false-negatives, which we must also see as a limitation to the positive counts and resulting false positives.

What I have learned from the Trish Greenhalgh claims, as a case study, is that TV personality “experts” should never be trusted on their claims alone but should be made provide evidence of those claims. This has also taught me that because someone is a “Professor”, a role we are lead to believe affords one a level of respectability and integrity, doesn’t by default mean that they have much of either. When the truth doesn’t matter as much as the narrative, and when to be right is more important than being right, then we find ourselves in a position of not being able to trust anyone.

I previously noted how I felt that Professor Greenhalgh meant well and was a person of good intent. I conclude this second exposé with a much different view. Given that she refused to apologise for her misleading claim but rather sought out different data to further misrepresent to her followers in order to appear vindicated – I cannot draw any other conclusion from that than she isn’t a person that values the truth or integrity.

I find such blatant positions of arrogance unforgivable and a refusal to admit you got something wrong on national TV tells me Trish Greenhalgh is in this for a self-serving agenda and not to help add to the debate, science and truth in these unprecedented times. Her actions on this matter give academia as a whole a bad name.

I would suggest to the Professor that she ensures she not only reads the papers she cites but understands them too before commenting on their content. If she is struggling with the comprehension aspect, I’d happily assist her on this in the interests of the truth and good science.

In the first of this 3-part series, we hear the stories of three brave residents of Northern Ireland who lost loved ones in care homes during different periods of the COVID-19 pandemic. With these first-hand accounts, you will learn that…
END_OF_DOCUMENT_TOKEN_TO_BE_REPLACED

NISRA publish weekly death statistics and also provide a summary which includes excess deaths based on a 5-year average, 2017-2021. However, our analysis will compare this to the 5-year average of 2015-2019, as these were the most recent ‘normal’ years…
END_OF_DOCUMENT_TOKEN_TO_BE_REPLACED

Naomi Long argues against the use of the 5-year-average as an acceptable measurement gauge but only for assessing non-COVID excess deaths in Northern Ireland. We take a closer look at why this may be!
END_OF_DOCUMENT_TOKEN_TO_BE_REPLACED

‘One death from Covid is a death too many.’ We’ve all heard it. It was used time and time again to guilt people in to staying at home, testing themselves at every end and turn and even taking a new…
END_OF_DOCUMENT_TOKEN_TO_BE_REPLACED

On the 21st October, 2020, at a time when Robin Swann’s health service was operating as a ‘Covid only service’, Conor Spackman of BBCNI Spotlight investigated the cost of ignoring cancer patients in favour of Covid patients. In this now…
END_OF_DOCUMENT_TOKEN_TO_BE_REPLACED