Gavin Yamey was caught deliberately and intentionally misrepresenting an article written by Professor Martin Kulldorff of the Great Barrington Declaration group. When we challenged Yamey on this he proceeded to spend the next 36 hours tweeting lie after lie about us whilst urging his 35K followers to report us to Twitter. 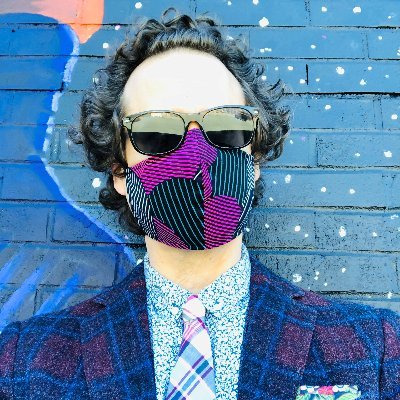 Gavin is the Associate Director for Policy at the Duke Global Health Institute in the US and someone we have had no communications with prior to yesterday, 24th April 2022, when a tweet would appear on our timeline from Yamey claiming that ‘The Great Barrington Declaration was arguing that Covid vaccines don’t reduce mortality.’

The following are two responses to Yamey…

Being aware of the pro-vaccine position of the authors of the GBD we found his claim to be bizarre, therefore decided to find the article in question and read over it again.

Titled “Have People Been Given the Wrong Vaccine?” Professor Martin Kulldorff discusses the findings of a Danish study that looked at available randomised controlled trials on the Covid vaccinations and sought to answer the following question, “Do Adenovirus-Vector Vaccines (*AstraZeneca, Johnson & Johnson, Sputnik) Have Beneficial Non-Specific Effects“?

The study found that whilst Covid adenovirus-vector vaccines do show a reduction in all-cause mortality, the same isn’t true for the mRNA vaccines. Professor Kulldorff concludes his article by saying, “Now we know more. If Pfizer and Moderna want to continue to sell these vaccines, we should demand that they conduct a proper randomized clinical trial that proves that the vaccines reduce mortality.”

It is therefore clear that The Great Barrington Declaration were not arguing that Covid vaccines don’t reduce mortality, as claimed by Yamey, but rather Professor Kulldorff was noting that according to the results of the Danish study the mRNA vaccines don’t show a reduction in all-cause mortality and therefore Pfizer and Moderna have more to do.

Yamey was being dishonest in his tweet and this is likely why he didn’t post a link to the article in question. But as you will see, lies and dishonesty are common practice for Gavin.

Yamey lies and then lies some more

After a cursory Twitter search it soon became clear that Yamey spends quite a significant amount of his time attacking the Great Barrington Declaration group and as shown above, he has no issue lying in the process.

We would tweet the following to him, calling out his lies regarding the Kulldorff article.

Rather than address the points we raised in our tweet, Yamey responds with emotive diatribe.

After this tweet one of our detractors would interject and suggest that he block our account, which he did immediately.

From behind the block Yamey would continue to tag us in tweets knowing well we couldn’t see or reply to them but he obviously sought to give his followers the perception that he was challenging us and that we weren’t responding. Here are some of those tweets which contain a whole host of lies.

We are not mentioned in the “HART leaks”. But Gavin doesn’t let little things like the truth stand in the way of his disinformation and propaganda campaigns that aim to silence those who call him out.

Again we are tagged from behind a block. And again the lies continue.

We are not obsessed with Yamey’s arms at all, we merely mentioned in passing that they are ginormous in length. Which they are. That’s a factual observation.

We have no idea who or what ‘his center’ is/are or what work they do and have therefore never passed comment on them. In fact, prior to this exchange we had only ever tweeted at Yamey once and that was in 2021 and that oddly enough was in relation to him targeting the GBD, again with disinformation.

Regarding the PayPal button on our website, this is rich coming from Yamey who has received handsome funding from the Bill and Melinda Gates Foundation in the past and someone who certainly doesn’t spend his days working for free. That said, the PayPal button doesn’t lead anywhere as the PayPal account has been closed for some time now and when active was only active for a matter of months. Seeking donations was never something we were comfortable with nor something we promoted on Twitter. Yamey was clearly attempting to keep the deflection going. As long as he has his followers focusing on us, they will hopefully miss his lies.

Claiming that we do not support vaccination is again another lie.

He then says we ‘loathe his team’s work on vaccination’ yet we have no idea who his team are or anything about their global vaccination work. These are just more lies to shield himself from having to answer for his previous lies.

After calling for his followers to mass report our account – for the crime of challenging him – he then says that we had our account suspended by Twitter twice previously, which is another flat out lie as our account has never been suspended for any reason!

In the next tweet he goes even further and claims that our ‘first two accounts were suspended for harassment!’ This is really astounding stuff. What’s even more alarming is just how effortlessly he lies. And these lies are designed to silence and discredit those who challenge him. This is both fraudulent and highly questionable behaviour.

The reason for the underscore in our Twitter handle is because the handle “citizenjournos” had been taken already. We actually tweeted to that account back in 2020 asking that they free the name up. But these are just inconvenient truths that need to be ignored when one is seeking to lie and partake in conspiracy theories.

He then claims we have been harassing his colleague by posting “awful stuff about her appearance”. It’s just lie after lie after lie with this man.

This person, who has received funding from Bill Gates, is fixated that we dared have a PayPal donate button on our site that was there for roughy 3/4 months before we pulled it.

And he again attempts to tie us in with the HART group. His reasons for doing so are not immediately clear but given his track record for deception and lies it’s likely this is just more of the same.

And even more lies and fabrications follow. The man who blocked us and then spent a lot of effort tweeting about us from behind the block (knowing we couldn’t see or respond to the tweets) claims we were harassing him because ‘he advocates vaccination’. As we have shown, this interaction began due to him lying about an article written by Martin Kulldorff. He then blocked us so we could no longer interact with him. At no time were we harassing anyone nor did we at any stage mention vaccines or vaccinations until he charged us with being anti-vaxxers.

Another blatant lie. But again be aware of what Yamey is attempting to do here, he seeks to control the narrative by firstly blocking us, and then feeding his followers with lies and emotive diatribe in an effort to shield himself from us exposing his fraudulence. It’s actually quite pathetic and childish behaviour but behaviour that is apparently second nature to the man.

By ‘trolling scientists’ what he’s referring to is us exposing instances wherein certain scientists have, like him, spread lies and disinformation. He, like they, have made no attempt to challenge our work or the stuff we’ve written about them, which we stand over 100%.

Again he tries to claim that our issue is that he advocates for vaccinations. Numerous times he claims this in numerous tweets yet we haven’t mentioned vaccinations to him once!

We then decided to ask Yamey for evidence of the charges he made against us in an email.

Here’s a better image of the email we sent to him,

We know he was made aware of the ‘right of reply’ questions because he informed one of his followers that he was just going to ignore it.

After lying endlessly about us and refusing to offer up a single shred of evidence for any of his charges against us he has decided to ignore our email and in an attempt to further shield himself from challenge for his lies, he has now locked down his Twitter account.

So in conclusion, Gavin Yamey is a liar and a fraud. He made up claims about us, told lies on us, misrepresented our position on vaccinations, and charged us with harassment. None of these claims is he able to offer a single shred of evidence for.

It is people like Yamey that are at the forefront of the growing distrust in academics, and in academia as a whole. What we now must ask ourselves is this; When “experts” lie so easily and effortlessly about these type of matters, what else are they so easily lying about?

Here’s one example when his lies and disinformation made it into the British Medical Journal where he…wait for it…decided to target the Great Barrington Declaration group, again!

Given that Yamey also took aim at the American Institute for Economic Research, the AIER would accuse him of ‘intentionally misrepresenting’ the data. Now who could ever have imagined he’d do such a thing? A proven liar misrepresenting the data? Shocker!

Given our experience of Gavin Yamey, as laid out above, it is our firm belief that he is a compulsive liar and a fraud and someone clearly tasked to spread disinformation and lies about the Great Barrington Declaration group and those who support it. Given the ease at which he lies it’s very clear that he’s had a lot of practice.

View all posts by Philip Watson
Skip back to main navigation

Gavin Yamey was caught deliberately and intentionally misrepresenting an article written by Professor Martin Kulldorff of the Great Barrington Declaration group. When we challenged Yamey on this he proceeded to spend the next 36 hours tweeting lie after lie about us whilst urging his 35K followers to report us to Twitter.

The BBC in Northern Ireland have long acted as a PR machine for the Department of Health in their COVID-19 messaging. That messaging has mostly been little more than scaremongering and coercive in nature. In this report we look at how the BBC-NI helped propagate lies from a Doctor without verifying the doctor's claims or attaching a disclaimer to their broadcasts. After abandoning our complaints we were forced to circumvent them and go directly to the ECU who ruled in our favour.
END_OF_DOCUMENT_TOKEN_TO_BE_REPLACED

NI CMO Michael McBride is scolded by the General Medical Council (GMC) in the UK for his comments on the BBC.
END_OF_DOCUMENT_TOKEN_TO_BE_REPLACED

It’s been 2 years since Robin Swann took over as Health Minister in Northern Ireland and on this anniversary, we thought we would make available the now infamous, but deleted, BBC Spotlight programme with Conor Spackman wherein a leaked document…
END_OF_DOCUMENT_TOKEN_TO_BE_REPLACED

The Northern Ireland Executive, under direction from its Chief Medical Officer Michael McBride, decided to amend the face mask legislation requiring that anyone claiming exemption from wearing a mask must prove their exemption or they must be refused entrance to…
END_OF_DOCUMENT_TOKEN_TO_BE_REPLACED