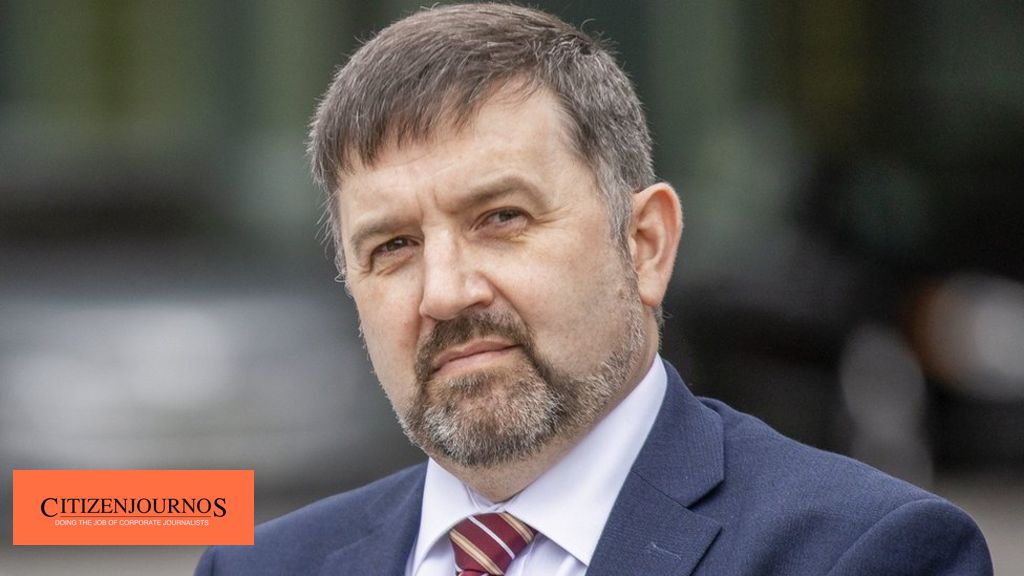 ‘One death from Covid is a death too many.’

We’ve all heard it. It was used time and time again to guilt people in to staying at home, testing themselves at every end and turn and even taking a new ‘vaccine’. Northern Ireland’s own Health Minister is even on record as saying a cancer patient would be turned away from a hospital to make way for a Covid patient.

Yet now, when Northern Ireland is experiencing excess deaths, which aren’t Covid related, Mr Swann has tried to shy away from the issue and imply that – it’s ok, we’re not as bad as England and Wales.

DUP MLA, Paul Frew, shared a response to a question he had raised to query the excess deaths occurring in Northern Ireland and whether this required an investigation:

According to the NISRA statistics, between w/e 4 March 2022 and w/e 1 July 2022 there were 5,769 deaths registered in Northern Ireland. This is an increase of 262 (or 4.5%) against the five-year average of deaths registered for the same period.

This is a significantly smaller increase than reported in England and Wales.

Twitter user Alan Alannis (@GoingNomadUK), having seen the above response to Mr Frew started to dig a little deeper into the ONS and NISRA data, and identified a clear anomaly in the figures provided by Mr Swann and was kind enough to share his quality analysis with us.

It would be fair to say that Mr Swann would also have had access to all of the information Alan reviewed before he responded to Mr Frew.

For info: England and Wales death data is captured by the ONS. Northern Ireland by NISRA.

The ONS state on their website ‘For excess deaths, we compare numbers and rates with a five-year average; this ensures that we are comparing like for like in terms of life expectancy, advances in healthcare, population size and age structure. Averaging over five years removes the fluctuations seen year-on-year. Usually, we use the most recent five years, for example we compared deaths in 2020 with the five-year average for 2015 to 2019.

Essentially, the ONS are removing 2020, the ‘pandemic year’ from their 5 year average calculations because to include it means the number of deaths in the 5 year average is higher than normal and therefore not a true comparison for a ‘normal’ year.

In Northern Ireland, NISRA are using the five-year average of 2017 to 2021 which includes the pandemic year and does not align to the method used by ONS.

Straight away we can see that the comparison used by Mr Swann is incorrect as when making a direct comparison it is important to ensure that both sets of data are calculated in the same way, using the same methods, and therefore is like-for-like.

When calculated using the ONS method detailed above, for the period quoted in Mr Swann’s response, in which he states that there has been a 4.5% increase in excess deaths which is ‘a significantly smaller increase than reported in England and Wales.’ We can see from the table below that the number of deaths registered in Northern Ireland has increased by 8.85% when compared to the average. Northern Ireland currently has a higher level of excess deaths than England and Wales, and nearly double what was quoted to an official response to a fellow MLA.

And for 2022, year to date, Northern Ireland’s excess deaths rate is higher than England and Wales as well:

Has Mr Swann, as Health Minister for Northern Ireland, provided incorrect information to Mr Frew in a bid to make the situation in Northern Ireland appear less serious? Or, does he not understand how to analyse data?

It is interesting to note that NISRA also include a column to match the ONS method in the same table. Mr Swann didn’t even need to go to the effort to gather and analyse the data – It was already done for him, and is there for him to see.

Whilst we are clear how ONS and NISRA are calculating excess deaths – that is not to say we agree with the methods being used.

ONS are including 2021 as part of their 5-year average which suggests they consider this to be a ‘normal’ non pandemic year, which is difficult to understand how when looking at their own statistics. The ONS recorded 76,094 Covid related deaths in 2021, and 80,830 in 2020. Yet 2020 was considered a pandemic year and 2021 was not.

In Northern Ireland we have reported previously that hospital admission levels in 2020 were reduced by 28.4% across all programmes of care. In 2021 there was still a 14.9% reduction when compared to the year prior to the pandemic (March 2019 – March 2020). Further evidence that 2021 should not be considered a normal year when calculating excess deaths.

It is our view that the more accurate calculation would be to compare the 5 year average period of 2015 – 2019. Using this method and the same period as quoted by Mr Swann we can see in the table below that Northern Ireland has increased by 7.87% which is still higher than England and Wales.

During the ‘pandemic years’ the Health Minister and his advisors were very keen to highlight the number of deaths ‘within 28 days of a positive test’ and any associated excess death statistics to encourage compliance with non-scientific and unjustified restrictions.

Northern Ireland now has significant levels of excess deaths but as they are non-covid related the Health Minister does not consider this worthy of an investigation instead he has provided misleading figures in a bid to conceal the severity of the issue.

Now we have corrected Robin Swann’s misunderstanding of the excess death situation here in Northern Ireland, will this prompt him to take a closer look at this matter and investigate?

The BBC's William Crawley likes to position himself as a gatekeeper for the truth - someone who is at the forefront of tackling whatever he deems to be "misinformation". But William quite often spreads lies and disinformation himself. So who fact-checks him? Well, we do!
END_OF_DOCUMENT_TOKEN_TO_BE_REPLACED

Trish Greenhalgh is a mask zealot who has chosen the face mask debate as the rock on which her long academic career could well perish. We expose yet another instance of her making up stories to try and prove her narrative.
END_OF_DOCUMENT_TOKEN_TO_BE_REPLACED

As the unexplained numbers of excess deaths keeps rising in Northern Ireland, one MLA has worked hard to try and get the Department of Health to begin an investigation into what's causing these deaths. At every turn the DoH have frustrated Paul Frew's efforts and, as you'll see in this report, even sought to play down the number of deaths whilst also attempting to pass the responsibility to the Department of Finance knowing they weren't responsible for investigating such issues but it the DOH themselves that were responsible.
END_OF_DOCUMENT_TOKEN_TO_BE_REPLACED

SDLP Leader Could Eastwood took to the Nolan Show Live to demand that unvaccinated care-home staff should be fired and that young people should be coerced into taking the Covid injection or else find themselves ostracised from sections of society. He blamed the spread of Covid on the unjabbed saying that it was "a pandemic of the unvaccinated".
END_OF_DOCUMENT_TOKEN_TO_BE_REPLACED

Northern Ireland is experiencing a serious issue of non-COVID excess deaths that neither the Department of Health or its media wishes to investigate. Therefore, Alan Chestnutt decides that he'll do their job for them.
END_OF_DOCUMENT_TOKEN_TO_BE_REPLACED