Naomi Long argues against the use of the 5-year-average as an acceptable measurement gauge but only for assessing non-COVID excess deaths in Northern Ireland. We take a closer look at why this may be! 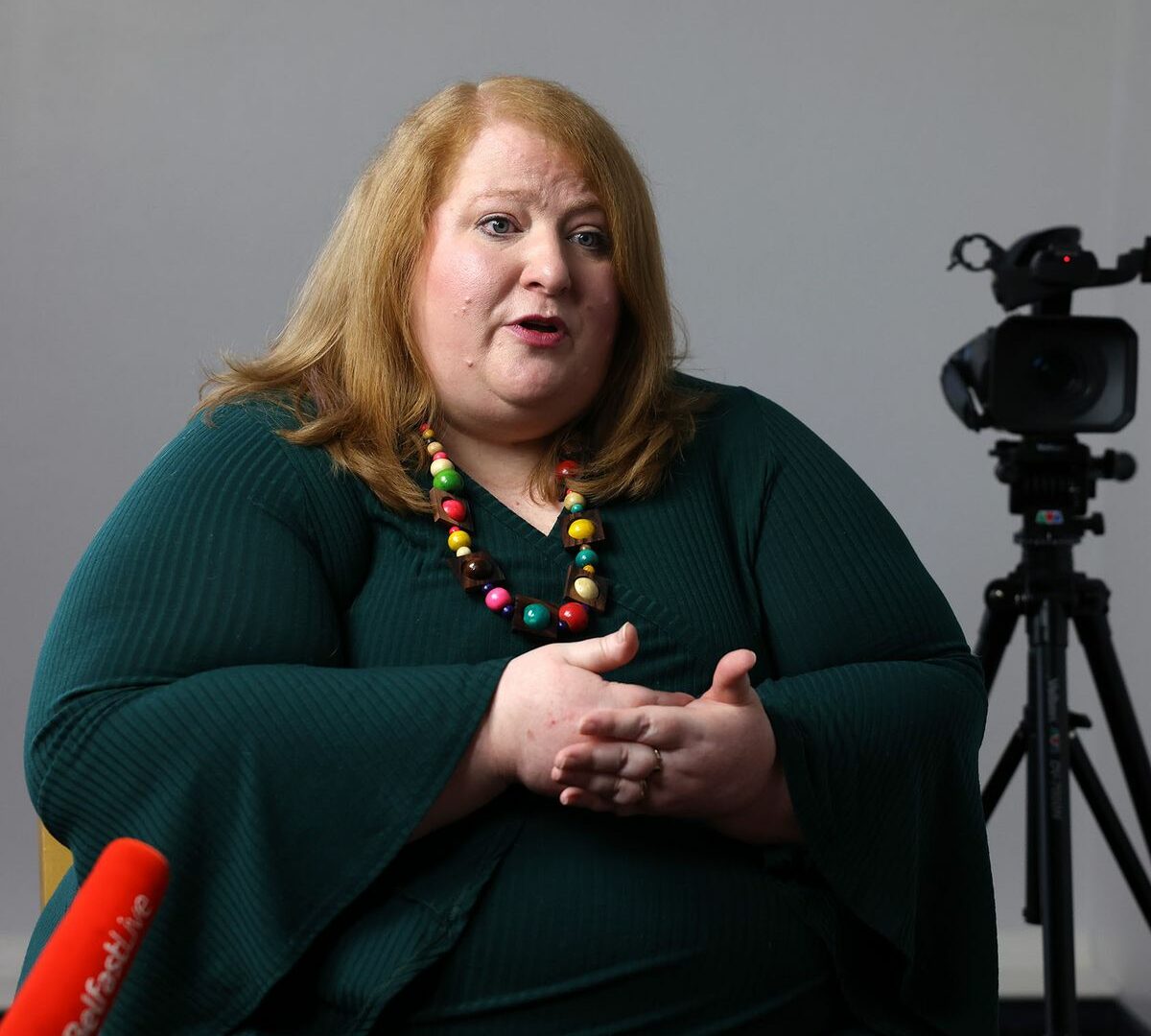 There are few things left that could spring a surprise on the electorate in Northern Ireland when it comes to the ineptness and incompetence of the ministers in our non-government government. Though there are times when they still manage to pull a surprise rabbit out of a hat, as the last 48 hours attest to.

In an article on this website last week, Jenni and Rob covered how the Northern Ireland Health Minister, Robin Swann, in writing mislead DUP MLA Paul Frew on the issue of excess deaths. The concern around this letter continued to grow when a Northern Ireland Twitter user tweeted the letter out asking for a comment from the Alliance Party and its leader Naomi Long.

Note in the letter from the Health Minister that he refers to how NISRA calculates excess deaths and how they do so using the age-old method of the 5-year-average. This is when the previous 5 years data is used to get an average and then that average is used to compare against current data to determine if deaths (in this case) are above or below average.

The person who initially asked Naomi for a comment then asks, “Why would we not be concerned by increased deaths…” as per the revelations in Mr Swann’s letter to Mr Frew.

The Justice Minister replies stating that “You can’t establish that [evidence of increased deaths] from comparison with the 5 year average” and she argues you would need to use a 10-year-average to accomplish such a task. Yet as bizarre as it may seem, to our knowledge Mrs Long has never questioned the method of using the 5-year-average. In fact she was quite happy using this measurement criteria when it came to calculating excess deaths from Covid for over 2 years as she helped scare the people of Northern Ireland into compliance with such CCP-like measures such as school closures and locking healthy people up.

On the use of the 5-year-average here’s what both NISRA and the ONS say;

Excess deaths are calculated by comparing the current year to the five-year average from previous years. This is based on the number of death registrations recorded for each corresponding week in the previous five years. Usually, the previous fiveyears are used to compare against the most recent year to assist understanding of excessdeaths, thus in 2020, excess deaths were measured by comparing the 2020 figure against the average for 2015-2019

The ONS (Office for National Statistics) has this to say…

For excess deaths, we compare numbers and rates with a five-year average. This ensures that we are comparing like for like in terms of life expectancy, advances in healthcare, population size, and age structure. Averaging over five years removes the fluctuations seen year-on-year. Usually, we use the most recent five years; for example, we compared deaths in 2020 with the five-year average for 2015 to 2019.

Being higher than the average of the last 5 years alone isn’t proof of an increase in excess deaths. You’d need to plot the full data to analyse that.

In the above tweet Naomi is displaying an alarming degree of ignorance of what the 5-year-average is used for and why it is used and indeed why averages are used in such cases. What is also stupefying about her tweet is that she begins by attempting to explain why an average is used and then concludes by arguing why a 5-year-average can’t be used when measuring excess deaths. This really is mesmerising stuff from a lady that is supposed to have a reasonable degree of competence.

Maybe Naomi will explain to us why she has never complained about 5-year-averages being used throughout her department, including within the Police Service of Northern Ireland?

Historic baselines are calculated against five year averages where the data is available.

I draw your attention to my use of single quotation marks on what Naomi said as I was paraphrasing her comment, a screenshot of which I attached to my tweet for full transparency.

In the screenshot Naomi is stating, very clearly, her position is that “You can’t establish that [evidence of increased deaths] from comparison with the 5-year-average.” We have already established that her claim is as incorrect as it is worryingly ignorant of the use of averages by statistics and research agencies, including when used within her own department. However, we are still trying to establish why Naomi has spontaneously decided that the 5-year-average is not suitable for calculating non-Covid excess mortality!

If it’s good enough for NISRA and the ONS and it was good enough for Naomi to use when explaining excess deaths from or with COVID, then Mrs Long needs to go public on why she feels such a calculation is not suitable when establishing excess non-COVID deaths.

She also needs to explain why she wants the calculation done over 10 years and not 5 years, but only when it comes non-COVID excess deaths.

A sceptical mind could well be forgiven for thinking that the reason why Mrs Long is so desperate to avoid non-COVID excess mortality from being analysed is because she was a loud and proud supporter of every Covidian restriction in Northern Ireland. And given the likelihood that many of these excess deaths are at least in part due to these very Covid restrictions that she supported, it could be suggested by some that what she is attempting to do is to deflect away from the part she played in supporting these disastrous restrictions. She would, of course, deny that hence why it is important that she gets behind an urgent investigation into these excess deaths and avoids any further attempt to frustrate such calls by many of the electorate on social media.

She also needs to urgently explain why she disagrees with the ONS and NISRA’s use of the 5-year-average when calculating non-COVID excess mortality.

I gave Mrs Long the opportunity to clarify her position, but she decided against doing so.

I also tried to chase her up on the faux denialism of her own words, but she declined to respond further. I guess even she realises that defending the indefensible is not a good look, especially when you’re the Justice Minister!

The BBC's William Crawley likes to position himself as a gatekeeper for the truth - someone who is at the forefront of tackling whatever he deems to be "misinformation". But William quite often spreads lies and disinformation himself. So who fact-checks him? Well, we do!
END_OF_DOCUMENT_TOKEN_TO_BE_REPLACED

Trish Greenhalgh is a mask zealot who has chosen the face mask debate as the rock on which her long academic career could well perish. We expose yet another instance of her making up stories to try and prove her narrative.
END_OF_DOCUMENT_TOKEN_TO_BE_REPLACED

As the unexplained numbers of excess deaths keeps rising in Northern Ireland, one MLA has worked hard to try and get the Department of Health to begin an investigation into what's causing these deaths. At every turn the DoH have frustrated Paul Frew's efforts and, as you'll see in this report, even sought to play down the number of deaths whilst also attempting to pass the responsibility to the Department of Finance knowing they weren't responsible for investigating such issues but it the DOH themselves that were responsible.
END_OF_DOCUMENT_TOKEN_TO_BE_REPLACED

SDLP Leader Could Eastwood took to the Nolan Show Live to demand that unvaccinated care-home staff should be fired and that young people should be coerced into taking the Covid injection or else find themselves ostracised from sections of society. He blamed the spread of Covid on the unjabbed saying that it was "a pandemic of the unvaccinated".
END_OF_DOCUMENT_TOKEN_TO_BE_REPLACED

Northern Ireland is experiencing a serious issue of non-COVID excess deaths that neither the Department of Health or its media wishes to investigate. Therefore, Alan Chestnutt decides that he'll do their job for them.
END_OF_DOCUMENT_TOKEN_TO_BE_REPLACED