A Thread of Inaccuracies

Meaning well doesn’t always mean that well is done. When you don’t know something it’s best not to suggest expertise in the area as the result is ultimately harm. The opposite of your intentions. 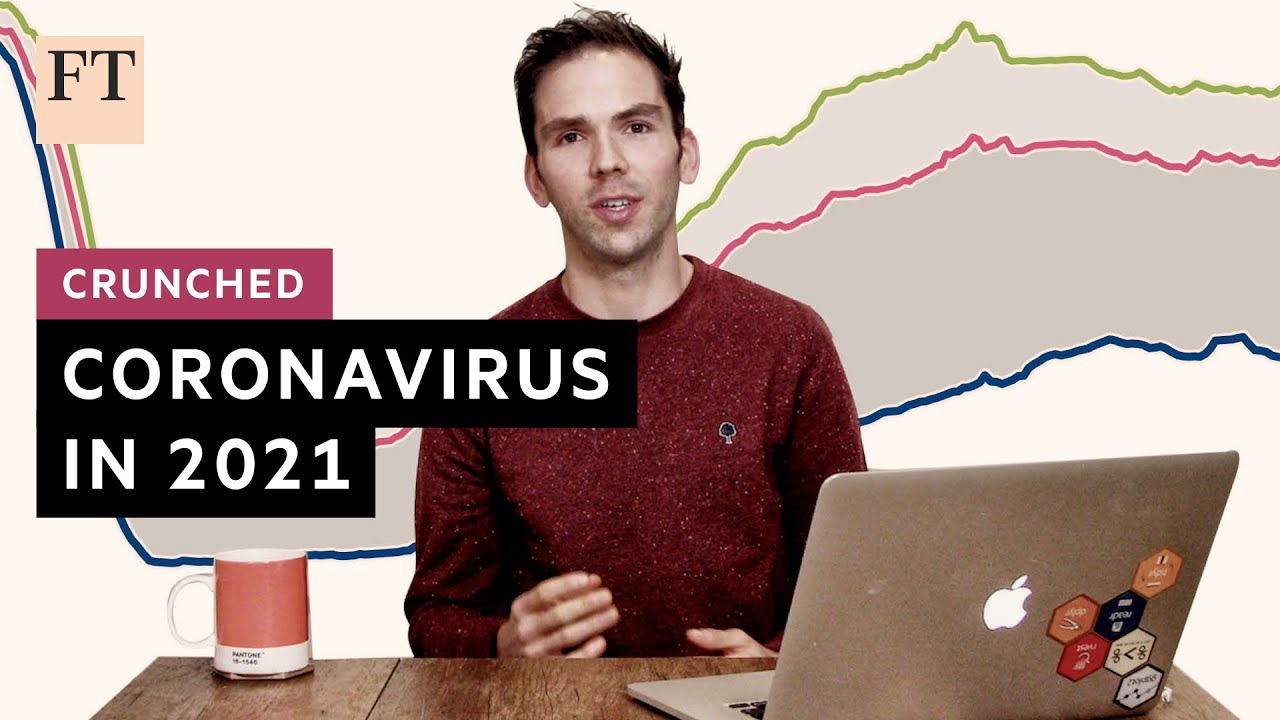 On the 25th February 2021 it was brought to my attention that John Burn-Murdoch of the Financial Times had written a rather long-winded Twitter “Covid thread”. In the thread he supplied lots of graphs, charts and some quite alarming narration along the way.

Upon reading and digesting the thread several times I felt compelled to record the incidences I encountered of misinformation, ignorance of the data and outright silliness, only silliness that was being absorbed and retweeted by many others.

The narrative of the thread is this; Covid deaths are declining globally due to lockdowns. In countries, or states, that had no lockdowns and who also see similar levels of decline, John states this is due to ‘a greater level of immunity in the population.’ It was these exact points that urged me to take a closer look at what it was he was claiming and what his evidence was for making the claims. For the sake of brevity, I won’t go through each tweet or claim he makes. Instead, I’ll focus on the more blatant examples of him being misinformed and in turn, misinforming.

In the second tweet John claims that the decline in cases in the UK was due to the restrictions, such as lockdowns, and then he makes his first silly statement, “and this is about adherence as much as policy.” Well, obviously! How can a “policy” garner any results if it isn’t ‘adhered to’? That’s akin to claiming that a no-smoking policy isn’t as effective as people not smoking. This may seem trivial, but I argue that it is anything but. Rather, it’s reflective of a pattern of Murdoch making statements in an attempt to sound like he knows what he’s talking about, as you’ll see..

The slide he presents to support his claim that restrictions, like lockdowns, are working is one entitled “Retail and recreation mobility” which shows, as you’d imagine, rates of societal mobility in the retail and recreation sectors. It seems to escape John that these sectors would show a decline in mobility as they’ve been closed for almost a year! That isn’t evidence that lockdowns work. That’s evidence that if shops, pubs or sports facilities are closed, nobody will go to them.

Having spent a considerable amount of time researching the variations and differentials between the Californian and Floridian approaches to the virus I was aghast at the claim made in the tweet above for several reasons. Murdoch is intent on selling the idea that lockdowns work, which I’ve already mentioned, and as Florida avoided lockdowns, and being at a loss to explain their similar decline in infections with California he decides Florida’s success is due to “higher levels of pre-existing immunity.”

Someone else on Twitter picked up on this claim and asked him for his evidence. At which stage he would point to CDC data on seroprevalence between both states.

It would seem that Murdoch fails to comprehend either the data being presented and/or the meaning of seroprevalence in this instance.

What is seroprevalence? Well, considering that he pointed to a CDC report as evidence of his claim I thought it best practice to look to the CDC for their definition of seroprevalence.

Using Murdoch’s data derived from the CDC we can confirm that Floridians did not have “pre-existing immunity” but rather, not being locked down caused them to be exposed to the virus a lot more than Californians. Therefore, Florida has a greater level of community-immunity than the comparison state. Meaning – not being locked down or restricted has helped Florida get a ‘foot-up’ above California on the herd-immunity ladder. It also means that the people of Florida didn’t have to go through months of being locked at home with their freedoms removed whilst watching their economy implode. And it also means that lockdowns don’t work in stopping the spread of a virus but at best maybe postpone the spread or alter its rate of increase. But in the long term, SARS-CoV-2 has shown that it will do what it will do and playing hide ‘n’ seek with it only helps prolong the agony. Indeed some experts suggested, lockdowns and quarantines, even in the earlier days of the virus, have helped with mutations as it becomes more transmissible in order to survive.

That’s not to say we should should just “let it rip”. But what we have seen in the data from Florida, S. Dakota, Belarus, Sweden etc, is lockdowns don’t alter the outcomes, just the path to the outcomes. So, shield the vulnerable, advocate personal responsibility and allow younger more healthy people to get on with their lives in order to keep the economy afloat and to help stave off generations of indebted young persons paying for these crazy furlough schemes. Whilst also protecting their mental health and wellbeing and helping to build up community-immunity along the way.

Above Murdoch, in his relentless quest to prove lockdowns work, selectively isolates France and pitches his narrative in a manner to attempt to prove his pro-lockdown position. What he doesn’t show is that slight upticks are being noted in very many European countries. Some with harsh lockdowns, one with none.

Even Norway, which comparatively has done well, has started to level off with a slight increase in cases since mid February.

And he didn’t even mention North and South Dakota!

North Dakota embraced full restrictions and mandatory masks. South Dakota didn’t, bar a single town called Brookings that is, but the rest of state lived much freer than their northernly neighbours. Aren’t the similarities in trend patterns staggering? I wonder if John would argue that the folk of South Dakota also had “pre-existing immunity” like their Floridian brethren?

On the trend patterns, this lady nails the point quite well leaving Murdoch little room to respond.

She points out the obvious that many experts from Tegnell, to Heneghan, to Gupta have all noted at one time or another. Regardless of interventions, there is ‘remarkable synchronicity’ in the patterns of many countries transmission and mortality rates. The peaks and troughs may be offset slightly, but overall the trends tend to follow similar patterns.

John, bizarrely, refutes Brown’s observation of synchronicity, which any observer with their eyes opened can see. Brown continues, only for Murdoch to fall silent.

And finally, in an addendum tweet, Murdoch claims that “The impact of seasonality on transmission is often about how it impacts on human behaviour.”

What he is seemingly arguing for here is, again, a defence of his pro-lockdown position. It seems he is claiming that because of lockdowns, the human linkage is broken and therefore that is what is meant by seasonality?

That comment is a mixture of ignorance, being misinformed and confirmation-bias.

The transmissibility of SARS-CoV-2 is well documented to predominately occur indoors, when people spend more time around each other in poorly ventilated rooms. Seasonality refers to the lack of sunlight in helping build up our immune systems; along with decreases in temperature and humidity that determines how long viral particles can live on certain surfaces.

Having never encountered Murdoch before I write this article in the absence of bias. It is my view he likely means well but his good intentions play second fiddle to his desire to appear informed and knowledgable on the subject matter at hand.

However, this has proved to be an interesting case study in confirmation bias no matter how well intended the author of the tweets was. As I read challenges and responses in the comments that followed his thread the intent was the same – ‘lockdowns work and I’m going to prove it’. Tell that to Sweden, Belarus, South Dakota, Florida…this debate isn’t binary. It isn’t a case of lockdowns work and when they don’t it’s immunity at play. Because if you accept that immunity plays a part, then why ignore the role immunity has played in lockdown countries and states?

I will end with this. Murdoch claims that Covid deaths are undercounted and ‘he knows it’. So I asked how does he know it?

He responded by claiming that the reason governments set up Dashboards was “because they acknowledged they weren’t able to track all Covid deaths.”

That is either a case of ignorance or of being purposefully deceitful or just being pure silly. Having been heavily invested in the study around this virus and the various data emanating from all corners of the world, I have never heard it mentioned, claimed, suggested, or saw it written that Dashboards were anything other a tool of data transparency so analysts and interested persons could keep track of the figures. I certainly have never heard anyone claim their purpose is because the governments can’t keep track of all the deaths!

Misinformation comes in many guises. Those misinforming need to appreciate the consequences of their words on the wider population. No matter how well intended they may be.

On the 21st October, 2020, at a time when Robin Swann’s health service was operating as a ‘Covid only service’, Conor Spackman of BBCNI Spotlight investigated the cost of ignoring cancer patients in favour of Covid patients. In this now…
END_OF_DOCUMENT_TOKEN_TO_BE_REPLACED

Gavin Yamey was caught deliberately and intentionally misrepresenting an article written by Professor Martin Kulldorff of the Great Barrington Declaration group. When we challenged Yamey on this he proceeded to spend the next 36 hours tweeting lie after lie about us whilst urging his 35K followers to report us to Twitter.
END_OF_DOCUMENT_TOKEN_TO_BE_REPLACED

The BBC in Northern Ireland have long acted as a PR machine for the Department of Health in their COVID-19 messaging. That messaging has mostly been little more than scaremongering and coercive in nature. In this report we look at how the BBC-NI helped propagate lies from a Doctor without verifying the doctor's claims or attaching a disclaimer to their broadcasts. After abandoning our complaints we were forced to circumvent them and go directly to the ECU who ruled in our favour.
END_OF_DOCUMENT_TOKEN_TO_BE_REPLACED

NI CMO Michael McBride is scolded by the General Medical Council (GMC) in the UK for his comments on the BBC.
END_OF_DOCUMENT_TOKEN_TO_BE_REPLACED

It’s been 2 years since Robin Swann took over as Health Minister in Northern Ireland and on this anniversary, we thought we would make available the now infamous, but deleted, BBC Spotlight programme with Conor Spackman wherein a leaked document…
END_OF_DOCUMENT_TOKEN_TO_BE_REPLACED