Facebook sponsored FullFact.org supported the BBC’s estimate that 10K people attended London’s 24th of April pro-freedom rally. When I challenged FullFact on this they accepted it was likely in teh region of 30K people in attendance. 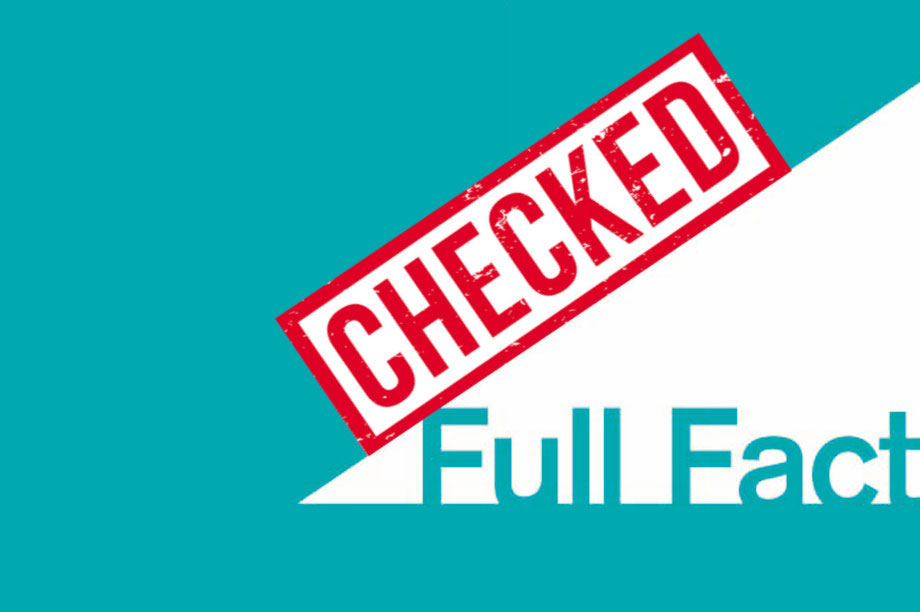 The 24th April pro-freedom rally in London was attended by many thousands of people from all walks of life. Though the question of how many “thousands” turned out to be a contentious issue.

The BBC’s Marianna Spring declared there were “a few thousand” protesters in attendance. Her boss Mike Wendling was then forced to step in in a damage-limitation roll as he accepted the real estimate was likely up to 5 times greater than Spring’s claim. FullFact.org then attempted to confirm Wendling’s figure of 10K. Then when I challenged them on this they accepted it was likely around 30K protesters. How did 2K thousand protesters suddenly become 30K? That can’t be a simple miscalculation and it points to something more sinister going on.

Rather than issue an apology, both Spring and Wendling blocked me on Twitter for challenging their reporting on the protest.

Some people claimed there were “Close to a million”

Some say “half a million”,

Others claimed there were “hundreds of thousands of people marching.”

Whilst the BBC’s Marianna Spring claimed there were “A few thousand”.

At the same time her boss Mike Wendling contradicted her calculation by himself estimating “5k – 10k at the most.” (We covered this story in-depth here and here)

So there was a battle on to control the narrative. Some wanted to overinflate the numbers whilst the UK state broadcaster wished to downplay the numbers. Both sides with their own agendas. But then along comes the “fact-checkers”, FullFact, who according to their website state they will make sure disseminators of “bad information” are forced to “Get their facts right”.

Our principles are simple. Anyone making serious claims in public debate—fact checkers included—should be prepared to:

1. Get their facts right

2. Back up what they say with evidence

According to their Twitter profile, they are a UK “independent fact-checking charity”.

Yet according to the funding page on their website they are anything but “independent” as we see donations from some of the largest censors of information on the internet.

How can an organisation claim to be “independent” whilst taking substantial sums of money from Facebook and Google? These two companies have active policies to restrict freedom of speech on their platforms. If you post anything that deviates from the establishment narrative you risk your material being removed and you being banned.

In a tweet dated 27th April FullFact would claim “Other estimates” of 10K protesters were “in the right order of magnitude”.

The only two references I could find for that 10K figure was the BBC’s Wendling and FullFact.

Wendling’s tweet was made on the 24th of April, the day of the protest, whilst FullFact’s was made 3 days later on the 27th.

To complement their Twitter thread FullFact also published a blog post on the same day titled “There were nowhere near one million people at the anti-lockdown march” and written by Abbas Panjwani (@abbas_panjwani).

As the article doesn’t reveal their methodology on how they calculated their estimate my suspicions began to grow that they had simply taken Wendling’s claim and set out to lend it credibility. So I decided to email FullFact requesting details on their methodology.

On the 9th of May I emailed their press team with the following:

I read with interest your fact check on the London protest of the 24th April. I had also read the claims of 1M protesters and was as shocked by those claims as I was by the BBC’s Marianna Spring who claimed there were merely “A few thousand” people in attendance, so your intervention is welcome in trying to bring some level-headedness to the debate.

I’m interested in how you managed to reach the estimate of rally goers.

You tweeted: “Other estimates of about 10,000 marchers seems in the right order of magnitude, based on this footage.” Could you share with me what methodology you used and if your 10K figure was a lower estimate, higher estimate or average estimate?

I would be most grateful for your assistance in this matter.

To this day, 26th June, I have never received so much as an acknowledgement of my email. So I guess when FullFact claims they will ensure people who make claims “Back up what they say with evidence” – that doesn’t include themselves!

On 30th of May I tweeted the following,

Someone would respond claiming the police said there was 750K in attendance to which Panjwani, the author of the FullFact article into the protest, would respond with, “What’s your source.”

I took the opportunity to ask him the same question,

After a while, Abbas would indulge me at which stage I asked if he could share his methodology with me to see if we could replicate his analysis.

And out of nowhere, just as he’s challenged, he drops a figure of 30K as an upper limit of protesters. That’s a huge difference in estimation that was never mentioned by FullFact either in their article or subsequent tweets. Why?

Here is the author of the FullFact report on the numbers in attendance at the rally now saying he “informally” felt there were around 30K people.

I would explain to Abbas that leaving out the upper limit of an estimate was to distort the estimation, and as “fact-checkers” they should know that. The exchange can be found here.

So why is this important?

I believe my suspicion was correct and has been vindicated. It is my view that FullFact entered the fray to lend support to the BBC’s “anti-disinformation” group lead by Mike Wendling and when they said in their tweet, “Other estimates of about 10,000 marchers seem [right]..” they were referring to Wendling’s Twitter estimate. When I challenged Wendling he blocked me. When I challenged his staff member Marianna Spring she blocked me too.

One of the questions I put to Wendling in an email was this:

“What was the purpose of both you and Marianna significantly downplaying the numbers of attendees at Saturday’s rally?  You claim 5-10k participants whilst Marianna claims there were “a few thousand”.  What was the cause of this large discrepancy in your estimates? “

Bearing in mind that his team at the BBC are supposed to be employed to tackle “disinformation”. It is a very relevant question to then ask how he and his underling, who were both allegedly at the rally together, reached 2 very different crowd estimates? Rather than address this significant issue they decided to ignore it and block me. BUT…. something of significance did come from my challenging the BBC, the “Trending Team” doesn’t appear to have covered or tweeted again in relation to the several rallies in London since.

Regarding FullFact’s “fact-checking” on the crowd estimates they too deliberately downplayed the numbers in attendance and only adjusted their estimate when challenged by someone well capable of taking any method they may have used to count crowd size and testing it.

This is compelling evidence that neither the BBC nor FullFact can be trusted to supply you with an unbiased evidence-based account of a given event. It’s clear they are here to protect the establishment narrative and downplay events that oppose it.

Whilst on the face of it this may seem like a small matter, I would argue it’s a matter of significant importance and points to something more sinister going on. It points to FullFact seeking to prop up the BBC narrative rather than challenge it. The fact that Wendling and Spring also disagreed vastly on the numbers in attendance points to a scam being rolled out aimed at targeting pro-freedom rallies and those who attend them. Spring consistency downplays the numbers and attempts to label rally participants as ‘radical elements’ and ‘fringe conspiracy theorists’.

However, for as long as the corporate media refuse to fact-check claims themselves there will be fertile ground for these quasi-fact-checkers to spring from to prop up the establishment narrative. And then there’s us who will be in the background at the ready to fact-check the “fact-checkers” when we deem it’s required.

Gavin Yamey was caught deliberately and intentionally misrepresenting an article written by Professor Martin Kulldorff of the Great Barrington Declaration group. When we challenged Yamey on this he proceeded to spend the next 36 hours tweeting lie after lie about us whilst urging his 35K followers to report us to Twitter.
END_OF_DOCUMENT_TOKEN_TO_BE_REPLACED

The BBC in Northern Ireland have long acted as a PR machine for the Department of Health in their COVID-19 messaging. That messaging has mostly been little more than scaremongering and coercive in nature. In this report we look at how the BBC-NI helped propagate lies from a Doctor without verifying the doctor's claims or attaching a disclaimer to their broadcasts. After abandoning our complaints we were forced to circumvent them and go directly to the ECU who ruled in our favour.
END_OF_DOCUMENT_TOKEN_TO_BE_REPLACED

NI CMO Michael McBride is scolded by the General Medical Council (GMC) in the UK for his comments on the BBC.
END_OF_DOCUMENT_TOKEN_TO_BE_REPLACED

It’s been 2 years since Robin Swann took over as Health Minister in Northern Ireland and on this anniversary, we thought we would make available the now infamous, but deleted, BBC Spotlight programme with Conor Spackman wherein a leaked document…
END_OF_DOCUMENT_TOKEN_TO_BE_REPLACED

The Northern Ireland Executive, under direction from its Chief Medical Officer Michael McBride, decided to amend the face mask legislation requiring that anyone claiming exemption from wearing a mask must prove their exemption or they must be refused entrance to…
END_OF_DOCUMENT_TOKEN_TO_BE_REPLACED