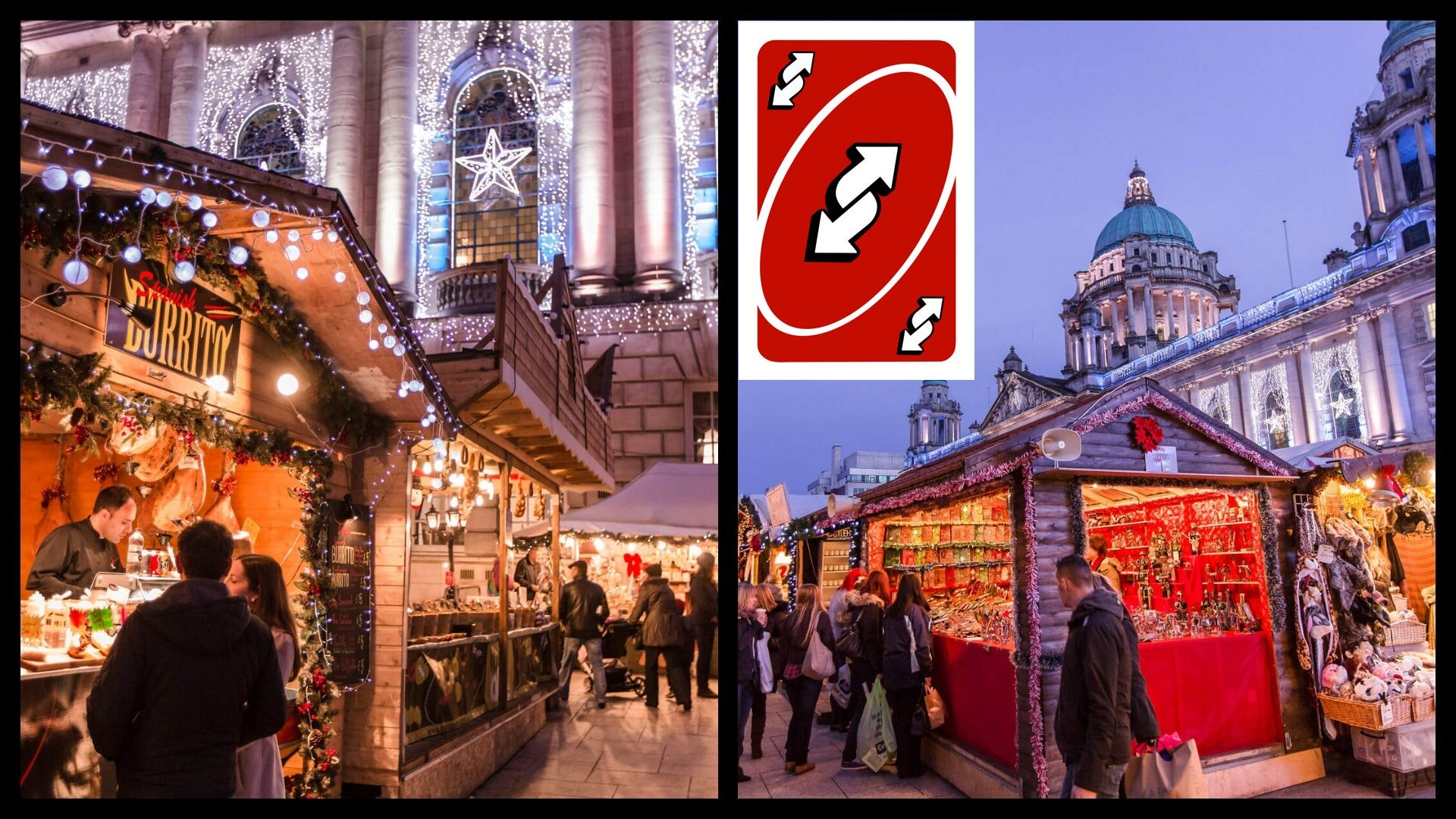 …would now be scrapped.

However, the organisers have now reviewed the risk assessment for this event and will not ask for proof of Covid status on entry into the market.

Clodagh would apparently go on to say;

Given this late hour we are unable to confirm these claims to a level that would permit us to publish as confidently as we’d like, however we have been able to confirm sufficient details that affords us enough confidence to publish the story, albeit with noted due caution.

As Per the Screenshots

Firstly, the alleged emails are apparently from, as stated above, a Clodagh Cassin from Belfast City Council. There is a such a person recorded as working for the council.

Secondly, the Christmas Market is contracted out to a company called “Market Place Europe”.

Fourthly, The emails allegedly show that Clodagh is “Markets Development Manager” and that her email address is cassinc@belfastcity.gov.uk. We were able to confirm these details from a 2015 Facebook post. (Please note that we are only posting her email address as it is already available online).

As easily as we found the details of this person “Clodagh” so could anyone. Therefore, we did entertain the idea that this could be a hoax. However, it is our view that it would take quite a bit of effort to fake this story and the emails and we fail to see what objective all this effort would seek to achieve from a low-level Twitter account? Do they expect that fabricating an elaborate hoax would change the minds of a Covid-Vaccine-Passport hungry Department of Health? Our own sources, whom have proven time and time again to be very reliable have informed us several times that Robin Swann is doing all he can to see Digital IDs mandated. We trust these sources and therefore struggle to see that if this is a hoax, what it would hope to achieve.

We will seek to confirm this story during AM business hours today by reaching out to reliable, well-placed sources who will be able to confirm either way.

Some of the information on the alleged emails was blacked out but still readable. We have therefore taken steps to redact this information as we were unable to find same online during casual searches.

We do have a concern over one aspect of these emails that our Twitter follower was unable to clarify for us at this late hour. It’s a minor issue but something that left one of the team slightly concerned. When I asked him should we ignore the story until we can confirm its contents he said the following in an email:

No. The small discrepancy wouldn’t explain this away as being an elaborate hoax.

If this story turns out to be true then it is significant step-down from the Department of Health and a serious blow to Robin Swann’s desire to see compulsory Digital IDs introduced to monitor the social movements of the people of Northern Ireland. Recall that we recently exposed Robin Swann as speaking with a forked-tongue on the matter of “Vaccine Certification” for social settings when he publicly said he was opposed to them whilst 24 hours later he privately wrote to the Executive urging them to hurry along setting up the infrastructure to introduce them.

The BBC's William Crawley likes to position himself as a gatekeeper for the truth - someone who is at the forefront of tackling whatever he deems to be "misinformation". But William quite often spreads lies and disinformation himself. So who fact-checks him? Well, we do!
END_OF_DOCUMENT_TOKEN_TO_BE_REPLACED

Trish Greenhalgh is a mask zealot who has chosen the face mask debate as the rock on which her long academic career could well perish. We expose yet another instance of her making up stories to try and prove her narrative.
END_OF_DOCUMENT_TOKEN_TO_BE_REPLACED

As the unexplained numbers of excess deaths keeps rising in Northern Ireland, one MLA has worked hard to try and get the Department of Health to begin an investigation into what's causing these deaths. At every turn the DoH have frustrated Paul Frew's efforts and, as you'll see in this report, even sought to play down the number of deaths whilst also attempting to pass the responsibility to the Department of Finance knowing they weren't responsible for investigating such issues but it the DOH themselves that were responsible.
END_OF_DOCUMENT_TOKEN_TO_BE_REPLACED

SDLP Leader Could Eastwood took to the Nolan Show Live to demand that unvaccinated care-home staff should be fired and that young people should be coerced into taking the Covid injection or else find themselves ostracised from sections of society. He blamed the spread of Covid on the unjabbed saying that it was "a pandemic of the unvaccinated".
END_OF_DOCUMENT_TOKEN_TO_BE_REPLACED

Northern Ireland is experiencing a serious issue of non-COVID excess deaths that neither the Department of Health or its media wishes to investigate. Therefore, Alan Chestnutt decides that he'll do their job for them.
END_OF_DOCUMENT_TOKEN_TO_BE_REPLACED