Trish Greenhalgh Takes Disinformation To A National Audience via GMB

Professor Trish Greenhalgh made several unsubstantiated claims on Good Morning Britain that could have profound effects on a large section of the UK population. She was neither challenged about her claims nor asked to verify them. 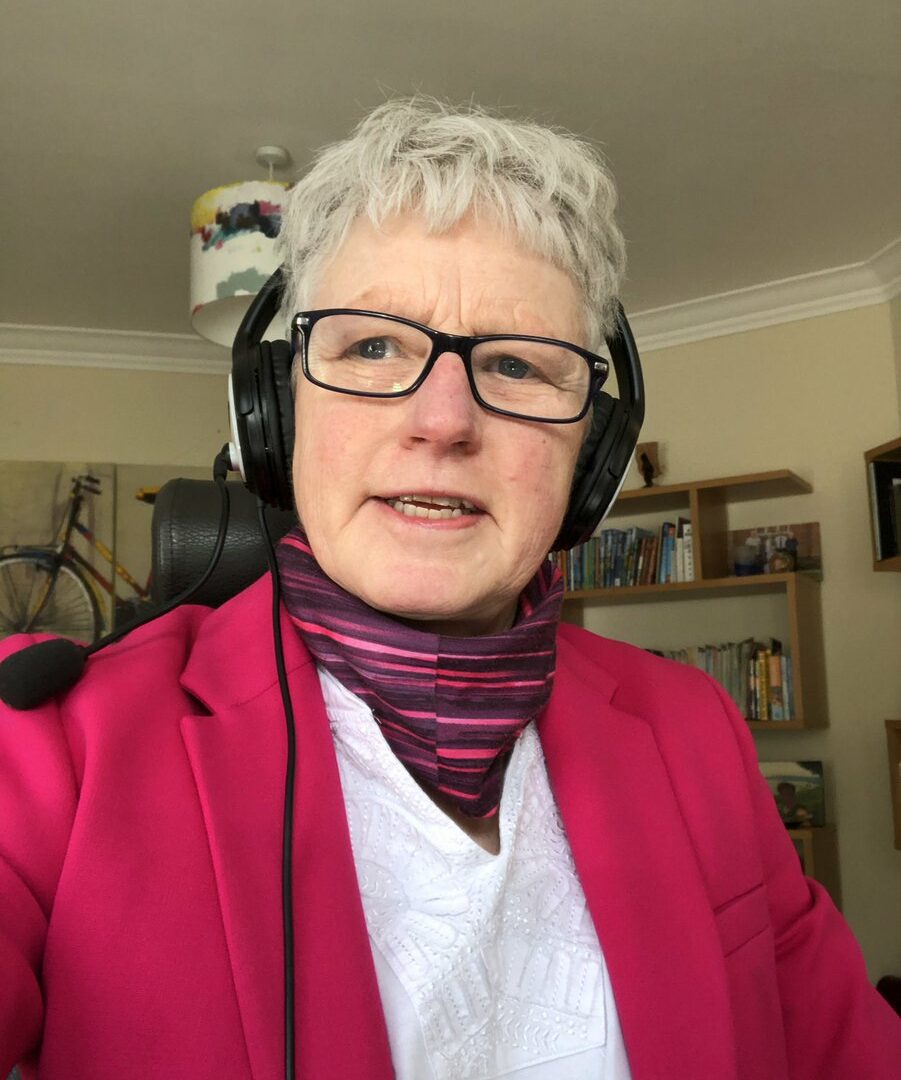 Today, the 2nd March 2020, on Good Morning Britain, Trish Greenhalgh of the University of Oxford, claimed: “40% of Covid cases happen by catching it from people who have no symptoms.”

I was shocked that such a bold statement went unquestioned by hosts Piers Morgan and Susanna Reid and therefore viewers of GMB TV had just been fed a piece of information that may or may not have been correct but that may have consequences for the health of people who exercise outdoors.

The purpose of the exchange was to try and influence joggers to wear masks when running outdoors in crowded spaces. Something that Greenhalgh has long been trying to push for, even against World Health Organisation recommendations.

“People should NOT wear masks when exercising..”

To underpin her campaign to get joggers masked up, Greenhalgh would make her first unsubstantiated claim that a jogger running past you, infected with the virus, could breathe out as you breathe in and thus infect you.

The exercising jogger – the puffing and panting jogger – you can feel their breath come and you can sometimes actually feel yourself inhale it, so there’s no doubt that there is a danger there.

When asked for the supporting evidence a passing jogger can infect you, she seems to be either unwilling or unable to provide same.

This is when she goes on to make her second unsubstantiated claim that 40% of Covid transmissions are from people with no symptoms.

However, the lack of verification wasn’t going to stop journalists from picking up on the story and repeating it verbatim, unquestioned.

I asked Pickover if she verified the claims made by Greenhalgh or simply repeated them? As of the time of writing, I’ve received no response.

Where does the 40% figure come from?

I thought I’d email Trish and allow her to reference the evidence. She responded with two quotations from two separate studies that I had previously read and therefore had the benefit of familiarity of what was being suggested in both. I will take each quote separately.

Evidence comes from the following paper:

“Asymptomatic persons seem to account for approximately 40% to 45% of SARS-CoV-2 infections, and they can transmit the virus to others for an extended period, perhaps longer than 14 days.”

This claims the opposite of what Trish stated on national TV. The above refers to asymptomatic infections whereas Trish is referring to asymptomatic transmissions. Two very much different things.

I put that to Trish in a follow-up email:

Many thanks. I will include your response.

Would you like to take the opportunity to comment on the discrepancy between your claim and the evidence for that claim?

On Good Morning Britain you stated:

“40% of Covid cases happen by catching it from people who have no symptoms.”

Your 40% of people are who have *caught* the virus *from* asymptomatic persons. Thus, asymptomatic transmission.

Your cited quotation is referring to 40% of infected persons *who are* asymptomatic. Thus, asymptomatic cases.

I’m sure you’ll agree these are two quite different claims.

Trish responded with the following.

“We estimated that 44% (95% confidence interval, 30–57%) of secondary cases were infected during the index cases’ presymptomatic stage” (emphasis supplied).

This was the quotation from the second report initially supplied. So she had now seemingly dropped, as part of her defence the, “Asymptomatic persons seem to account for approximately 40% to 45% of SARS-CoV-2 infections, and they can transmit the virus to others for an extended period, perhaps longer than 14 days.” quotation.

By providing these particular quotes, it tells me that Trish doesn’t fully understand the reports she’s referencing and is therefore drawing from them incorrect conclusions. This is dangerous in and of itself but when one takes those misunderstandings onto National TV to proclaim them as facts and that goes unchallenged, that’s misinformation on a HUGE scale!

I responded to Trish laying out how she had also interpreted the above statement incorrectly.

Firstly, index and secondary cases refer to localised transmissions within a home, group or workplace. The index case (or rather primary case) obviously being the one who introduced the virus to the group. If you were out for a run and an infected person coughed over you, (hopefully not) and subsequently left you infected, neither you nor the cougher are either a primary case or a secondary case in this transmission. However, if you go home and introduce the virus to your household, you become the primary case in this scenario and your family, if they become infected, the secondary cases.

Therefore, relying upon the *observations* in the referenced study of He X, Lau EHY, Wu P, et al. to determine general societal transmissions, is not appropriate.

Even if we were to leave aside the points I’ve raised above and accept the 44% claim in this instance, it still doesn’t lend support to your claim as it is referring to the SAR [*Secondary Attack Rate*] and not transmissions from an infected person to a non-infected person outdoors.

I would also refer you to the follow-up Nature article that challenges the ‘44%’ hypothesis anyway.

Should you wish to add or clarify anything, I will delay posting for a few hours so that your views are reflected honestly and completely.  If I hear nothing else back, I’d like to thank you for your time today and to send you best wishes.

As of the time of posting Trish has not responded further.

If you are infected but asymptomatic, you are an asymptomatic infection. (For completeness, this is then further broken down into “presymptomatic” and true “asymptomatic” categories. That is outside the scope of this article) However, if you go on to infect someone, that becomes an asymptomatic transmission, and this is where Greenhalgh’s first misunderstanding presents.

Imagine this pie chart to represent a room filled with Covid infected people. Let’s say, 100 in total. According to the paper Greenhalgh references, the authors suggest that 40% of this infected room have no symptoms. What Greenhalgh does is flip that claim around to say that 40% of that room caught their infections from people who had no symptoms. Two drastically different claims.

The Results of the Misinformation?

Whilst Trish Greenhalgh shared a platform with Social Media personality Devi Sridhar, who also advises the Scottish government on their Covid response, her comment went unchallenged by everyone who took part in the exchange. Instead, they managed to convince Tom Watson, previous deputy leader of the Labour Party, to wear a mask whilst he was out running. This was the result of that…

And rather than point out the complete stupidity of what is being shown in this image, Greenhalgh and Sridhar high five each other for a successful bout of misinformation on national TV based on a complete misunderstanding of science.

I find it concerning just how easily influencers can make statements without being asked to verify them. Instead what has now happened is that the 40% asymptomatic spread claim is now out there, in the homes of millions of Brits, where it lives today as a fact. When it is an unsubstantiated claim made by a single person wishing to push a particular agenda. That agenda is to have people exercising outdoors wearing masks. This is a theme we continually come across in the corporate media and the main reason that drove me to begin this website.

The fact is, the WHO expresses explicitly that you should not wear a mask whilst exercising, especially outdoors, where there is an extremely low possibility of spreading the virus unless your viral load is high and you’re standing in a crowd of people for a length of time. Even then, the science is weak on outdoor transmissions.

So the takeaway message from all this is; do not take on face value anything being claimed by “experts” on social media who are also focused on building their social media platforms. For therein lies a conflict of interests. Taking populist positions may win large followings on social media but that quite often comes at the expense of the truth.

It’s been 2 years since Robin Swann took over as Health Minister in Northern Ireland and on this anniversary, we thought we would make available the now infamous, but deleted, BBC Spotlight programme with Conor Spackman wherein a leaked document…
END_OF_DOCUMENT_TOKEN_TO_BE_REPLACED

The Northern Ireland Executive, under direction from its Chief Medical Officer Michael McBride, decided to amend the face mask legislation requiring that anyone claiming exemption from wearing a mask must prove their exemption or they must be refused entrance to…
END_OF_DOCUMENT_TOKEN_TO_BE_REPLACED

We speak to Michael Brentnall of Brentnall Legal Ltd, a human rights law firm in Belfast regarding his legal challenges to the discriminatory vaccine passport system and changes to the face mask legislation in Northern Ireland. On the 29th of…
END_OF_DOCUMENT_TOKEN_TO_BE_REPLACED

We are joined for this special (belated) Christmas Edition with guests Jeffrey Peel and Keith Lonsdale.
END_OF_DOCUMENT_TOKEN_TO_BE_REPLACED