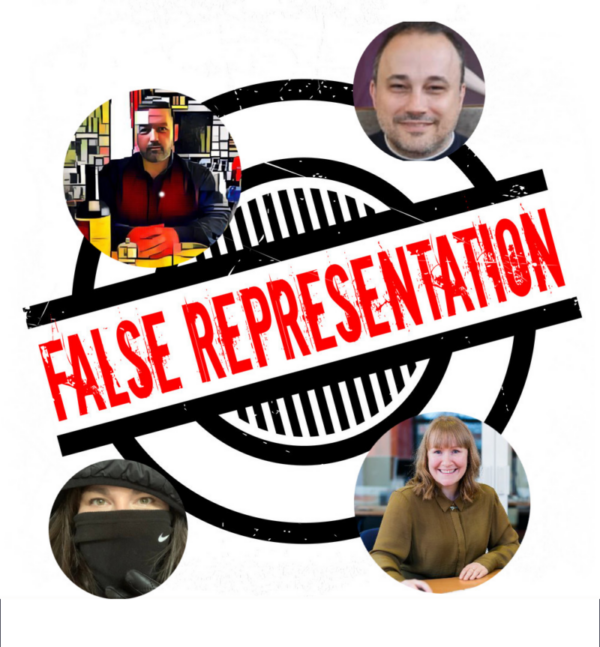 Those voices that are the loudest, demanding that we place our trust in Public Health officials and bow at the altar of authority; that we just roll up our sleeves and take a jab for something that the majority don’t need jabbed for; are quite often the voices of unreason and hysteria. These same people who 19 months ago didn’t care about you or your family now demand that you take a vaccine you likely don’t need to make them feel safe. If you refuse, they come after you in enraged cyber gangs, demanding that you submit to their intimidation. For them, herd mentality is their refuge. Dissent is not accepted. Whilst these baying mobs of cyberbullies unleash their wrath upon the unsuspecting individual, facts cease to matter and truth suffers as a consequence. The goal is for you to submit. The goal is not for the truth be heard.

‘You’re making me feel unsafe. Do as you’re told and get in line‘ is more often than not their groupthink message.

A great example of such an occurrence went down over the past few days as the DUP MLA Paul Frew came under sustained attack from these cyber drones for daring to say something they didn’t like. Rage and anger are often the result of high levels of fear and when it comes to COVID-19 levels of fear in some people are of “biblical proportions”, to steal a phrase from Northern Ireland’s Health Minister Robin Swann.

The attacks on Paul though, whilst as a result of him stating a personal observation that is true to him, didn’t focus so much on his observation but on a follow-up tweet that was in some instances deliberately taken out of context to encourage a Twitter “pile-on” towards him. In other instances, it was a result of people who struggle with basic reading and comprehension skills.

The tweet that was taken out-of context was this,

Adding context to it, it reads a lot differently,

This would send a small, but angry, pocket of COVID hysterics in Northern Ireland into a frenzy. For the hard-of-reading, they thought Paul was referring to the Northern Ireland hospitalisation numbers as a whole when he said, “Hospitalisation probably around same number for both” (“both” in this context means vaccinated and unvaccinated). But for others who should have known better, they were happy to see his tweet taken out of context, indeed they helped ensure that it was, and they used it for their own agenda to take pops at him.

At 7.43 PM, The BBC’s Crawley takes the decontextualised tweet and retweets with the narration “This is a remarkable claim…”

At 8.06 PM, realising he failed to carry out due diligence, he then tweeted a short clarification accepting he had tweeted the original tweet minus context.

Rather than admit his error and deleting his tweet, in true BBC-NI fashion, he doubled down with pathetic justification that his “initial tweet is simply a retweet of [Paul’s] actual tweet.”

Yes, Crawley’s tweet is a retweet, but it’s a decontextualised retweet that he accepts as such in his follow-up comment. In his case, truth and facts were not important. For if they were, he would have removed his tweet and apologised for playing a part in oxygenising misinformation.

Another person who played a part in the propagating of this decontextualised tweet is this guy, Parsley.

This is a case of being hard-of-reading and also being agenda-driven. Even when it was pointed out to him several times he had gotten this wrong and should remove his tweet, he ignored the calls and left the tweet live.

No apology, no clarification, nothing. At least Crawley made some attempt to apologise for his rush-to-arms. This guy left his false interpretation hanging. If someone was interested in the truth and facts, they would delete the tweet when it was pointed out it contained misinformation.

Next up is a reporter for Belfast Live, Shauna Corr. Her intervention is a more blatant case of agenda-driven decontextualisation.

What Corr did was to screenshot the exchange, crop it down to remove the all important tweet that adds context and then tweet out her cropped image…

And, when challenged by the tweet’s author, she claimed the cropped tweet is a “worrying statement”.

Corr then has the audacity to tell Paul that his “statement can easily be taken out of context”.

Such stupefying arrogance. ‘Hey, I just cropped your conversation on Twitter and removed all context. To anyone seeing my cropped image, your conversation can easily be taken out of context‘ is in essence what she’s saying here.

Next up, we have a definite case of hard-of-reading. Ferguson is, according to her Twitter profile, a “journalist”. Given how low the bar has been set with regard to journalism, this could very well be true. However, taking this instance as evidence, it doesn’t point to her being a very good one, or at least, not of the investigative type!

Ferguson is another one who, even when it became clear she had misrepresented what the tweet’s author was claiming, left the tweet live with no clarification nor any update accepting she had misrepresented the intended message. A journalist with even basic entry-level integrity would have tweeted a follow-up tweet to the thread saying that Paul Frew had clarified the point he was making. Again, this points to a refusal by this small rabble to accept when they get things wrong. Again, the truth and facts suffer at the altar of egos and agendas.

This is, unfortunately, what passes for journalism in Northern Ireland these days. Maybe Ferguson should ponder on why it is that so few are eager to buy her cups of tea!

These are only a few of the Twitter accounts displaying such comprehension deficits and agendas. But the evidence is clear, for these people, it isn’t about truth or facts, but rather it’s about narratives and agendas. These types exist within an echo chamber wherein back-patting and ego-stroking are more akin to mating rituals. They only step outside this chamber for brief spells to attack, and when they do, they do so with their drone brethren in tow. When challenged and corrected, they quickly retreat to the sanctuary of the echo chamber, wherein they console each other, get the mating rituals going again and prepare for the next onslaught.

This whole thing is a nothing-burger that was turned into a pig’s dinner by some hysterical elements fuelled with fear, anger and intolerance and by others who had personal agendas at play. The MLA was merely relaying his own experiences with regard to the people who had sought his help at a constituency level. His information was never intended to be reflective of the overall state of hospital admissions in Northern Ireland. It wasn’t a scientific study. It was a first-hand personal account. But it was a first-hand personal account that didn’t sit right with the COVID hysterics. The unvaccinated MUST be portrayed as a greater threat than the vaccinated. Any message running contrary to that narrative must be slapped down. Even if true. Truth therein becomes the victim – again.

Such was the hysteria and misinformation that arose from the decontextualised tweets that even Ralph Hewitt, of the Belfast Telegraph, stepped in to add some clarity to the matter. Still, all of the above allowed their tweets to remain. As stated elsewhere, this is a good example of when narratives and agendas supersede the need for truth and honesty. Truth and honesty in this case are subjective. It doesn’t matter to this rabble that they misrepresented the words of an elected representative. It doesn’t matter that their misrepresentation resulted in a pile-on of that elected representative. What matters to them is being in control of the narrative. What matters to them is to be seen to be virtuous and right. If the truth has to suffer along the way, it’s a price worth paying they’d argue.

The BBC's William Crawley likes to position himself as a gatekeeper for the truth - someone who is at the forefront of tackling whatever he deems to be "misinformation". But William quite often spreads lies and disinformation himself. So who fact-checks him? Well, we do!
END_OF_DOCUMENT_TOKEN_TO_BE_REPLACED

Trish Greenhalgh is a mask zealot who has chosen the face mask debate as the rock on which her long academic career could well perish. We expose yet another instance of her making up stories to try and prove her narrative.
END_OF_DOCUMENT_TOKEN_TO_BE_REPLACED

As the unexplained numbers of excess deaths keeps rising in Northern Ireland, one MLA has worked hard to try and get the Department of Health to begin an investigation into what's causing these deaths. At every turn the DoH have frustrated Paul Frew's efforts and, as you'll see in this report, even sought to play down the number of deaths whilst also attempting to pass the responsibility to the Department of Finance knowing they weren't responsible for investigating such issues but it the DOH themselves that were responsible.
END_OF_DOCUMENT_TOKEN_TO_BE_REPLACED

SDLP Leader Could Eastwood took to the Nolan Show Live to demand that unvaccinated care-home staff should be fired and that young people should be coerced into taking the Covid injection or else find themselves ostracised from sections of society. He blamed the spread of Covid on the unjabbed saying that it was "a pandemic of the unvaccinated".
END_OF_DOCUMENT_TOKEN_TO_BE_REPLACED

Northern Ireland is experiencing a serious issue of non-COVID excess deaths that neither the Department of Health or its media wishes to investigate. Therefore, Alan Chestnutt decides that he'll do their job for them.
END_OF_DOCUMENT_TOKEN_TO_BE_REPLACED