Confirmed: The Mater Hospital Was NOT Full of Unvaccinated 20/30-Year-Olds on Ventilators on the 22nd July

It’s shockingly surprising how many medical professionals take to social media to make false claims regarding COVID-19, but it does happen quite regularly. When we spot it, we expose it. 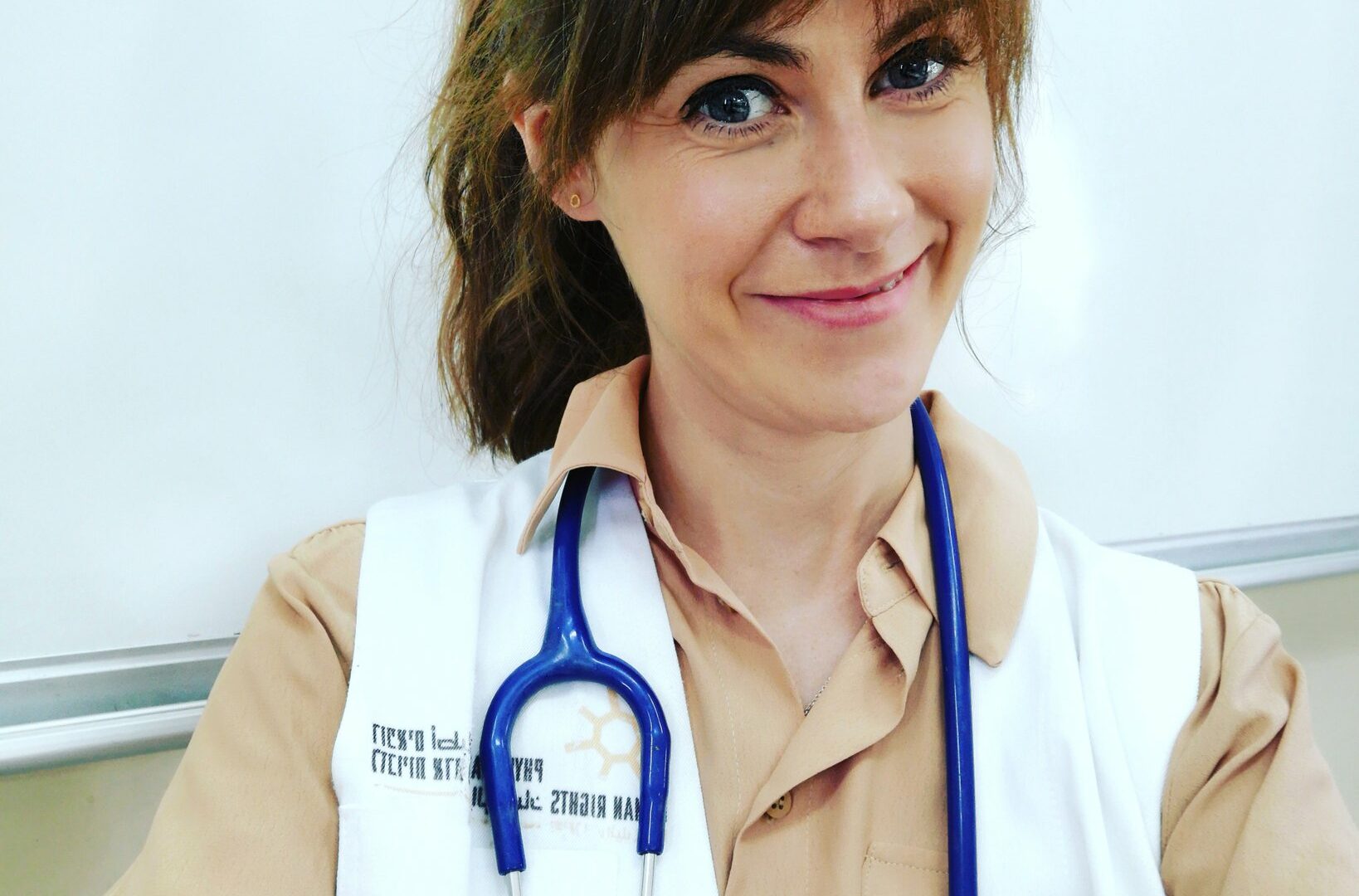 *Part 2 of this investigation has now been published and can be found here.

On the 22nd July 2021, an ICU doctor a medical registrar at the Mater Hospital in Belfast tweeted that the hospital was full of people in their 20 & 30s who were unvaccinated and on ventilators.

Considering the seriousness of the claims, we reached out to a senior source at the Mater that same evening, who informed us that there were “0 patients in their 20s or 30s on ventilators at the Mater” at the time of Keelan’s tweet. I then tried to contact Emma to see if we could discuss the matter privately, given what I had just learned.

And this is how Emma responded.

Given the contentiousness of Emma’s tweet and the claims made, she came in for significant challenges on Twitter. But support for her was quick to come from across the medical and academia disciplines.

In a now deleted tweet from a psychiatrist, he supported Emma by saying she “wouldn’t make this shit up”.

A Dr Aidan O’Neill goes as far as to attack those challenging Emma’s claims and saying “The data backs up what she is saying”,

A Freedom of Information request was then submitted to the Belfast Trust seeking to verify Emma’s claims by @chall060, who kindly forwarded their response to us to assist in our investigation. The response from the Belfast Trust confirmed what we had been told by our source.

According to the Northern Ireland DOH Dashboard spreadsheet there were 16 Covid Confirmed Inpatients, aged between 20-39, in hospital in the Belfast Trust area on the 22 July, the date of Emma’s tweet.

According to the same Dashboard spreadsheet, there were 5 ventilated COVID patients on the 22nd July for all age groups in Northern Ireland.

This was the only publicly available data on that date. So when Aidan O’Neill says the data supported Browne’s claim, he was wrong. This is an example of disinformation finding support in ignorance. People who may mean well, simply spouting opinions as facts and then attacking those who question these opinions.

However, as we showed above with Clare’s FOI, there were NO ventilated patients of ANY age in the Mater on the date in question, the 22nd July 2021. Therefore, the 5 ventilated patients showing in the Dashboard are obviously from other hospitals in Northern Ireland and not from the Mater. So what of Emma’s claims?

Once I tweeted at her advising that my information differed from her claims, she blocked me. But she would then introduce a new argument from behind the block. She now said she was referring to “non-invasive ventilated numbers”.

I contacted our source at the Mater again, who informed me every aspect of Emma’s tweet was incorrect. We then decided to submit a detailed Freedom of Information request to the Belfast Trust to get to the bottom of this.

Emma’s central claim is that “the Mater was full with young people (in 20/30s)…on ventilators”. But we had already established via Clare’s FOI that there were no patients on ventilators in the Mater that day, or the day before. But as Emma now claimed she was referring to non-invasive ventilation, we needed to ascertain the following;

These were crucial question to have answered before we could proceed. The Freedom of Information request revealed the following, (Trust’s answers are in red)

1. How many ‘ventilated beds’ does the Mater Hospital have?

The Mater can provide care for up to 60 patients requiring non-invasive ventilation.

There were 12 patients on 22 July requiring non-invasive ventilation

3. Of those that were occupied, what were the ages of the patients? Were they all in their 20/30s as per Dr Keelan’s claim?

The age range of patients was between 18 and 74 years. We are unable to provide exact figures – exempt from release under section 40(2) of the FOI Act – as this could make patients personally identifiable.

4. Can you confirm if the Mater has “non invasive ventilators”?

Yes the Mater has non-invasive ventilators.

6. How many were available on the 22nd July?

So what we had learned from this FOI was,

Thanks to Clare’s Freedom of Information Request, we also learned that on the 22nd July, the Mater had a total of 42 confirmed Covid patients from the ages of 22 to 99.

The next bit required a bit of sleuthing and guesswork. However, our guesswork favours Emma Browne’s claims.

Please note, where the numbers are low we have stated <5 rather than give the actual figure. This is to ensure patients remain unidentifiable.

*We are currently seeking a review of the decision to withhold the exact number of patients on NIVs by age, as it simply is not possible to identify anyone by age alone. We are confident we will get this information and will share it when we do.

What we decided to do was to take the 23 age categories that were outside the 20-39 age bracket and assign 1 inpatient to each of these, giving a total of 23 inpatients.

We know that 19 is an over-estimate, not least of all because the DOH Dashboard records 16 COVID-19 inpatients between 20-39 in the entire Belfast Trust catchment area on the date in question, but as stated, we are deliberately being over-generous to Keelan and in doing so it helps show just how dishonest she was being in her tweet.

We also know there were 12 NIV patients in the Mater on the 22nd July, so we again generously assumed all 12 were in their 20s and 30s. However, we have been reliably informed that a number of the people on NIVs on the 22nd July were over 40. We also know from the FOI request that the age range for those on NIVs was between 18 and 74. We will get a much clearer picture of this in due course, but for this example we are assuming that ALL NIVs were in their 20s and 30s.

However, even taking these massive leaps of faith, Browne’s fundamental claim that “the Mater is full with young (in 20/30s)…COVID patients on ventilators” still cannot be true.

First and foremost, there were NO COVID patients on ventilators in the Mater that day. We could have quite easily started and ended by simply confirming this fact. But we decided to afford Emma every benefit of doubt in this investigation, as we weren’t ready, in the early stages, to believe she took to Twitter to deliberately spread false information. We then proceeded under the presumption that she was genuinely referring to patients on NIVs.

Secondly, the Mater has the capacity to treat 60 NIV patients. On the 22nd July, there were only 12 requiring assisted breathing. So even if we accept that she was referring to NIVs patients rather than ventilated patients, she is still not being truthful. On the 22nd July, the Mater had the capacity to treat 60 NIV patients. It was treating 12.

With it now well established that the Mater was not full of people in their 20s & 30s on ventilators on the date in question, the rest of Browne’s claim falls apart. For if the hospital wasn’t ‘full of young people on ventilators’, then it can’t be full of ‘unvaccinated young people on ventilators’ who are all “regretting their decision” (not to get vaccinated). Emma Browne would also not be at liberty to disclose a patient’s vaccination status without their consent. We have been told that when claims are made publicly about a percentage of people in hospital either being vaccinated or not, these claims are made regionally or for a large geographical area and not for one hospital specifically. For example:

It remains a mystery to us why some medical staff, doctors and nurses seek to spread misinformation and, at times, lies, that only serve to heighten fear levels and panic in the community and reduce trust in Public Health messaging.

One can only guess why Emma Browne decided to spread disinformation. Maybe her intentions were honourable, and she felt some mistruths were worth the price if her end goal, that of seeing more people vaccinated, was helped along a little? Maybe, like others we have exposed, her aim was to raise her own social media profile and make herself relevant to the discussion? Given that less than 2 weeks after she made these claims she left her position at the Mater, this may suggest Emma was happy to take the chance of spreading disinformation as she was leaving her role at the hospital anyway.

But all this is guesswork. Only Emma knows why she lied and given that she has blocked us on Twitter and failed to provide us with an email address before doing so, we are unable to reach out to her privately or publicly to seek answers to these questions on your behalf.

What this does highlight is that there is a level of tolerance for disinformation and mistruths as long as that disinformation favours the orthodoxy. To our knowledge, we are the only media outlet that felt it important enough to fact-check Emma’s claims, the others, in true stenography fashion, took her claims and reported them as fact likely because they fitted with the overall narrative at the time – that the unvaccinated are the ones causing all the problems in the heath service. More often than not, when those making such claims are challenged, they are unable to defend said claims so opt for blocking on social media and returning to the sanctuary of their echo-chambers.

Had it also not been for us, a Matron of King’s College Hospital in London, Laura Duffel, would have got away with causing national alarm in January when she stated her hospital had a ward filled with children with COVID-19. We pursued the matter legally for months and eventually learned that the hospital had 2 children on a ward with capacity for 12. We also forced the BBC, who gave her a platform to spout these lies, to accept they did not attempt to verify her claims, and they therefore upheld the complaint against themselves. Had we not done this, nobody would have, and the Matron would have been free to continue with her lies and scaremongering, had she so chose to do so.

*This article was edited on the 7th October to reflect an error in Dr Keelan’s job description. We wrote that she is an ICU doctor, when we have been informed she is actually a medical registrar.

Following on from our first report into the Mater Hospital Medical Registrar, Dr Emma Keelan, wherein we showed with Freedom of Information requests how she lied when she claimed… …the Mater is full with young (in 20/30s) critically unwell, UNvaccinated…
END_OF_DOCUMENT_TOKEN_TO_BE_REPLACED

In this report we expose the BBCNI for amplifying disinformation tweeted out by a Northern Ireland doctor. Information that the BBC didn't inform the listener had not be verified by the programme's producers.
END_OF_DOCUMENT_TOKEN_TO_BE_REPLACED

Confirmed: The Mater Hospital Was NOT Full of Unvaccinated 20/30-Year-Olds on Ventilators on the 22nd July

It's shockingly surprising how many medical professionals take to social media to make false claims regarding COVID-19, but it does happen quite regularly. When we spot it, we expose it.

Robin Swann is a man of many faces. Someone who isn't known for a willingness to be truthful. A man who says one thing to the public whilst advocating for the very opposite privately.
END_OF_DOCUMENT_TOKEN_TO_BE_REPLACED

So in an Executive that repeatedly pledged to follow the science, Mr Swann was choosing which bits of science to share. Conor Spackman – BBC Newsnight Robin Swann would never win an award for his people skills or for being…
END_OF_DOCUMENT_TOKEN_TO_BE_REPLACED