We’re told that a higher Covid vaccination rate would mean less pressure on the health service. Would that really be the case? Or should the finger of blame be pointed away from the unvaccinated, and instead towards the policy makers? 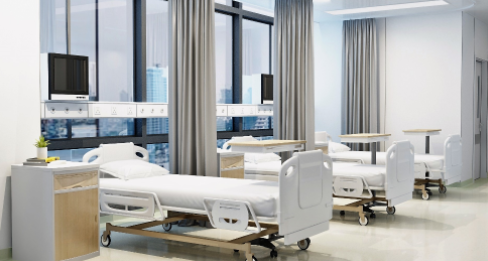 Since the successful launch of COVID-19 vaccinations in 2021 the campaign to have the entire population vaccinated has been intense. This is despite last year, Kate Bingham, Head of the government’s vaccine task force stating:

There’s going to be no vaccination of people under 18. It’s an adult-only vaccine, for people over 50, focusing on health workers and care home workers and the vulnerable

Kate Bingham left her post on the task force in December 2020, and the strategy clearly changed very early in 2021 when the plan very quickly changed to one of ‘everyone must get vaccinated’. The pressure on those who have chosen not to avail of the vaccines continues with the news of the ‘Booster’ programme.

This pressure is not limited to Northern Ireland or the United Kingdom. We have recently heard that Austria has taken steps to make the vaccination mandatory in February 2022, with threats of fines of €3,600 for those who reject the offer. This week we have heard that Germany has imposed lockdown restrictions on the unvaccinated and are in the process of debating whether to make the vaccination mandatory early next year and Greece have announced that fines will be imposed for over 60s who refuse to be vaccinated, at a cost of €100 per month.

Locally in Northern Ireland, Covid Certification has been implemented and made available since 1st November 2021, and earlier this week became mandatory for the majority of hospitality and entertainment venues, becoming legally enforceable on 13th of December 2021.

In a previous article, we highlighted the lack of impact assessment or evidence of their effectiveness. First Minister, Paul Givan, gave statements which suggested no evidence or impact assessment was presented to The Executive for the vote to bring the Covid Certification rules in, and despite our numerous attempts to gather information from The Executive and Department of Health under the Freedom of Information Act – no evidence has been provided.

The lack of evidence didn’t deter The Executive from voting in favour of this initiative.

Despite the widely known fact that a vaccinated person can still carry and transmit the virus – the obligation to provide proof of a negative test is only for the unvaccinated.

The Republic of Ireland, who have had vaccine passports in place since July, have withdrawn the negative testing option, which impacted those who are in the unvaccinated population, and so there is an expectation that the same approach will be adopted in Northern Ireland. Covid certification hasn’t improved the Covid situation in the Republic of Ireland, cases rose regardless, and the Irish Government recently applied restrictions to the operating hours of some elements of hospitality. Restrictions which impacted the vaccinated. The scheme failed in Ireland, as it has in many other countries, but still the Northern Ireland Executive voted them in.

One of the primary reasons members of the Executive and indeed members of the public support the introduction of vaccine passports is on the claim they will help in the fight against Covid-19 by reducing pressure on our hospitals, and we hear regular sound bites and reports of hospitals being full of COVID-19 positive unvaccinated patients. We wanted to take a deeper look at the Department of Health data for our local hospitals to understand how true this is.

The Department of Health report ‘Vaccination status of Deaths and Hospitalisations’ allows us to view the latest data regarding hospital admissions. The latest report covers the period 25th October to 21st November 2021 (4 weeks).

This data appears to show that unvaccinated patients are taking up a disproportionately higher share of hospital resources when considering the smaller population size compared to the fully vaccinated population. However, that doesn’t give a full picture.

To gather a more in depth understanding, we reviewed the Department of Health “Covid-19 Daily Dashboard Updates”. Using the admission’s data, for the same period as the report above, and the discharge dates for each admission, we assessed how long patients are remaining in hospital with Covid across all the age groups:

Key findings in this analysis are:

The longer a person remains in hospital, the more treatment and staffing resources they require. We can see from the data that the pressure from a Covid perspective is coming from the bottom right corner of the table. Out of 905 total admissions recorded in DOH Covid database, 407 (45%) are over 60 and remaining in hospital with Covid for more than a week.

If we look at the 407 patients in the over 60 age brackets and assume that all the unvaccinated patients in this age group also remained in hospital for more than 7 days, we are still left with 326 fully vaccinated patients who are spending more than a week in hospital. This is more than a third of the total admissions across all age ranges for that four-week period. Based on this data – The unvaccinated are not causing the majority of pressure on our hospitals.

Our politicians and indeed politicians around the world repeatedly tell us that increasing vaccination rates will reduce our chances of serious illness or even death, and that this will in turn reduce pressure on hospitals.

So, what if 100% of Northern Ireland was vaccinated?

Using a hypothetical scenario, in which 100% of the population are fully vaccinated, we used the same DOH data from the daily dashboard updates to try and estimate how many fewer hospital admissions there would be per hospital in Northern Ireland.

For this scenario, it will be based on certain assumptions which could be classed as fairly “Big Ifs”:

In this scenario, we focused on the per 100k number of fully vaccinated admission rates for each age group, to assess how many people would still likely be admitted to hospital if 100% of the population are vaccinated. For example, in the 18 – 29 age groups, the admissions rate of fully vaccinated patients is 5.1 per 100,000, and they have an estimated population of 275,530. This would mean during that 4-week period, 14 patients would have still been admitted, instead of the 16 in the department of health report. So the number of patients admitted with Covid would decrease because a higher percentage of the population are vaccinated.

We then applied the same logic across all age groups using the respective rates per 100,000, and this gave us percentages of how many patients would be admitted in the hypothetical versus real world data.

Using the percentages worked out above, we looked at each hospital in Northern Ireland which received Covid Patients, a total of 18 hospitals, and each age group to estimate how many patients per hospital would likely remain. Of all the hospitals, ten had more than ten Covid patients in the four-week period, so we have only focused on those rather than the hospitals which had just a few admissions:

Quick summary of what we identified:

It is important to note that the main reductions in patients are in the under 60s age groups, which, as per the DOH data, spend much less time in hospital with Covid than the over 60s. The reduction in hospitalisations in this hypothetical scenario for the over 60s is much less than the younger cohorts.

This suggests that even with a 100% vaccinated population, the pressure it would alleviate is negligible, with at most, an 11 patient per week reduction in admissions with Covid per hospital, the majority of hospitals, much less than that. Remember we have assumed that everyone in hospital with Covid has been admitted and is being treated for Covid, in reality this figure is much less and so any reduction we estimate here is likely to be even less than we state.

While it is clear that the NHS and indeed the staff working within the hospitals remain under pressure as they have been for some time – it is inaccurate to suggest that this pressure is because of unvaccinated patients or to suggest that a greater vaccinated population is the answer that the creaking health service needs.

An article published by Citizens Journos back in September 2021 highlighted NISRA hospital statistics, which displayed large reductions in hospital activity during the pandemic when compared to previous years. In the latest 2020/2021 statistics, for all programmes of care for the year, there were on average 8,225 hospital admissions per week. A 100% vaccinated Northern Ireland (ignoring issues caused by side effects) may potentially reduce that number by at most 55 admissions (0.66%) per week, across all hospitals.

The Northern Ireland Executive continue to place restrictions on our lives, and they maintain that this is to reduce the number of hospitalisations and deaths due to Covid-19. They fail to produce evidence to substantiate their claims and plough ahead with restrictions regardless. They have admitted publicly that Covid-certification is in place to increase vaccination rates, and for what benefit? Very little, and at what cost to businesses, livelihoods, mental health and the dwindling trust in Public Health?

The finger of blame for the ongoing pressures on our health service is being pointed at those who have chosen to remain unvaccinated. This is not acceptable.

Our health service remains underfunded and understaffed. Those making decisions or voting on policies such as Covid Certification should take a closer look around and begin to direct the pertinent questions to Northern Ireland’s ‘Health’ Minister, Robin Swann, and Chief Medical Officer, Dr Michael McBride, because it is clear from our analysis that the issues faced by the health service are not caused by those unvaccinated against Covid-19.

The BBC's William Crawley likes to position himself as a gatekeeper for the truth - someone who is at the forefront of tackling whatever he deems to be "misinformation". But William quite often spreads lies and disinformation himself. So who fact-checks him? Well, we do!
END_OF_DOCUMENT_TOKEN_TO_BE_REPLACED

Trish Greenhalgh is a mask zealot who has chosen the face mask debate as the rock on which her long academic career could well perish. We expose yet another instance of her making up stories to try and prove her narrative.
END_OF_DOCUMENT_TOKEN_TO_BE_REPLACED

As the unexplained numbers of excess deaths keeps rising in Northern Ireland, one MLA has worked hard to try and get the Department of Health to begin an investigation into what's causing these deaths. At every turn the DoH have frustrated Paul Frew's efforts and, as you'll see in this report, even sought to play down the number of deaths whilst also attempting to pass the responsibility to the Department of Finance knowing they weren't responsible for investigating such issues but it the DOH themselves that were responsible.
END_OF_DOCUMENT_TOKEN_TO_BE_REPLACED

SDLP Leader Could Eastwood took to the Nolan Show Live to demand that unvaccinated care-home staff should be fired and that young people should be coerced into taking the Covid injection or else find themselves ostracised from sections of society. He blamed the spread of Covid on the unjabbed saying that it was "a pandemic of the unvaccinated".
END_OF_DOCUMENT_TOKEN_TO_BE_REPLACED

Northern Ireland is experiencing a serious issue of non-COVID excess deaths that neither the Department of Health or its media wishes to investigate. Therefore, Alan Chestnutt decides that he'll do their job for them.
END_OF_DOCUMENT_TOKEN_TO_BE_REPLACED