“Gruby Grove’ is a street entertainer from Cork who found himself the centre of a grand conspiracy theory pushed by some far-left extremists on social media. As an entertainer he plays with fire. Today his detractors got burnt. 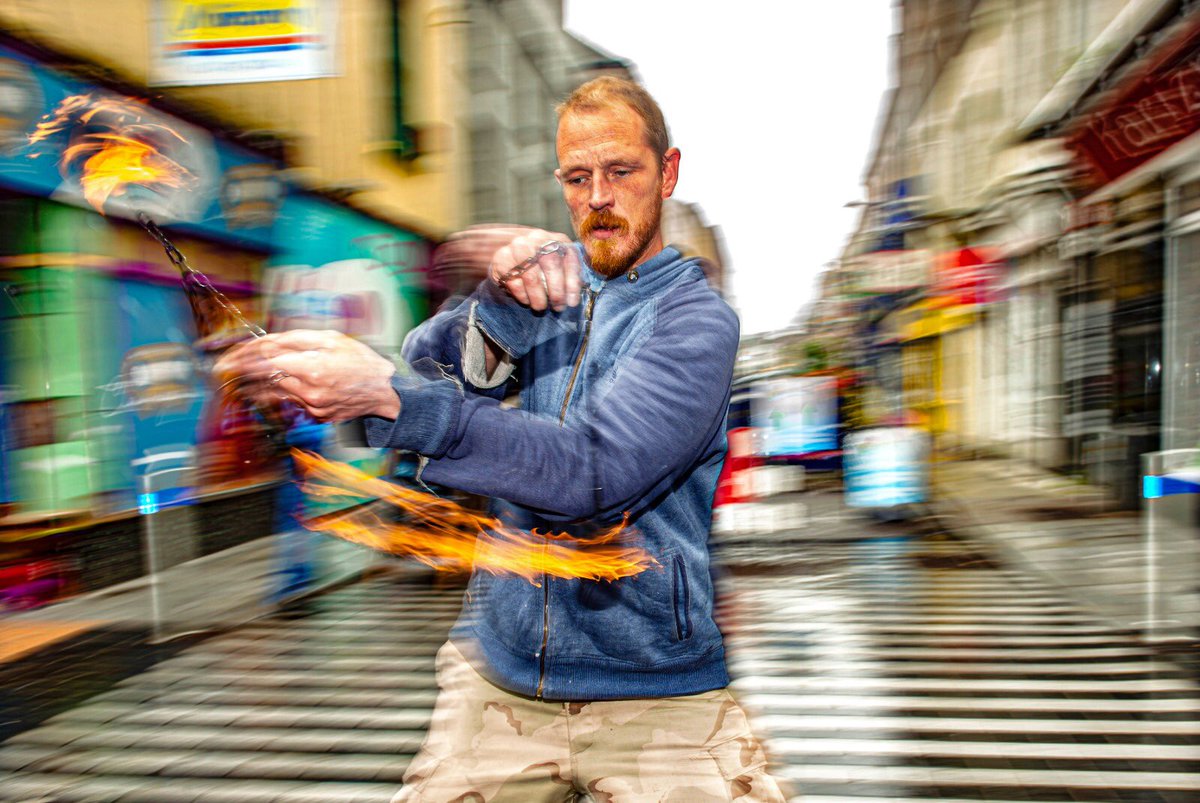 Social media was in a bit of a frenzy over the past 24 hours regarding today’s pro-freedom rally in Cork. The polarisation of society has never been greater than it is today, especially around Covid and the authoritarian restrictions that have been imposed on the people of these islands.

On one side there are those that look to the state to protect them and who will happily give up their liberties and freedoms if the State promises to keep them safe. On the other side are those that aren’t willing to give up their freedoms and liberties and don’t want to be protected by the state. The first group see the second group as a threat to their safety and security and resent them for not sharing their fears. So the idea of a rally is seen by them as a “super-spreading event” wherein Covid will spread like wildfire and ultimately result in the deaths.

Therefore tensions were heightened within the pro-lockdown groups who were certain there was going to be violence like what was witnessed the previous week in Dublin when a handful of protesters set about attacking the Garda.

Hours before people had even started to gather for the rally, a video surfaced on Twitter showing a man being set upon by around 6 Garda before being bundled into the back of a police van. What set the anti-protesters off was that the man was spotted with what looks like a petrol can.

The person who seemingly uploaded the video believed that the man was a suicide bomber and his phone a detonator.

That was the spark that light the fire, excuse the pun. The narrative was out there that this was going to be a violent protest and now they had gotten their proof. Who brings “petrol” to a ‘peaceful protest’ right?

Now the would-be arsonist/suicide bomber has become a fascist who “brought petrol to a fake peaceful lockdown rally’.

This person claims it was an innocent suicide attempt.

“Brandon” would suggest the guy was a “fire-eating street performer.” And given the Bucara that was recorded at the scene, that made more sense than the conspiracy theories being brandished around.

However, this guy Bohan struggled to see from behind his tinfoil hat and face mask and suggested the “street performer” theory was being used to coverup the fact this suicide bomber was an undercover fascist out to burn down Cork before turning the lighter on himself.

But what if Brandon was right? What if this guy was a street performer? I decided to search for “Street Performer Cork” on Google Images:

The top row, 3rd in from the left (red box) looked very much like our suicide bomber from Cork. He was even wearing similar army pants.

That would lead me to learn his name.

Mystery solved! He wasn’t a suicide bomber, nor was he in Cork to burn the city down, nor was planning an innocent suicide by setting fire to himself in the street. He was there to perform, as he does every week at the same spot.

Bohan still refusing to admit he called this wrong.

And then later on, rather quietly, he would delete his tweets…

…and block me after I provided him with the proof he was wrong.

An innocent man, who appears at the same spot every week, and is permitted by the city to do so, became the centre of a huge conspiracy theory on social media by people so convinced the protest was actually being used as a cover for some globalist cult intent on killing everyone. For some, it’s difficult to admit when you got something wrong. We wouldn’t be human if we were always right! But such is the polarisation of society at present and the heightened levels of fear amongst some that even when presented with the proof they are wrong, they refuse to acknowledge it. Being wrong isn’t an option. The cost of such arrogance is the labelling of an innocent man, to a large audience, as a fascist intent on causing harm to civilians.

Hopefully though the attention stirred up on social media today will also make ‘Gruby’ a bit of a star! I certainly will make it my business to meet him when people’s freedoms and liberties are returned to them.

So what was supposed to be the scene of mass destruction and carnage actually passed off with the only incident being the arrest of Gruby, for doing nothing more than he does every week in trying to earn a few pounds. Surely this will have been a disappointment to the conspiracy theorists?

Gavin Yamey was caught deliberately and intentionally misrepresenting an article written by Professor Martin Kulldorff of the Great Barrington Declaration group. When we challenged Yamey on this he proceeded to spend the next 36 hours tweeting lie after lie about us whilst urging his 35K followers to report us to Twitter.
END_OF_DOCUMENT_TOKEN_TO_BE_REPLACED

The BBC in Northern Ireland have long acted as a PR machine for the Department of Health in their COVID-19 messaging. That messaging has mostly been little more than scaremongering and coercive in nature. In this report we look at how the BBC-NI helped propagate lies from a Doctor without verifying the doctor's claims or attaching a disclaimer to their broadcasts. After abandoning our complaints we were forced to circumvent them and go directly to the ECU who ruled in our favour.
END_OF_DOCUMENT_TOKEN_TO_BE_REPLACED

NI CMO Michael McBride is scolded by the General Medical Council (GMC) in the UK for his comments on the BBC.
END_OF_DOCUMENT_TOKEN_TO_BE_REPLACED

It’s been 2 years since Robin Swann took over as Health Minister in Northern Ireland and on this anniversary, we thought we would make available the now infamous, but deleted, BBC Spotlight programme with Conor Spackman wherein a leaked document…
END_OF_DOCUMENT_TOKEN_TO_BE_REPLACED

The Northern Ireland Executive, under direction from its Chief Medical Officer Michael McBride, decided to amend the face mask legislation requiring that anyone claiming exemption from wearing a mask must prove their exemption or they must be refused entrance to…
END_OF_DOCUMENT_TOKEN_TO_BE_REPLACED